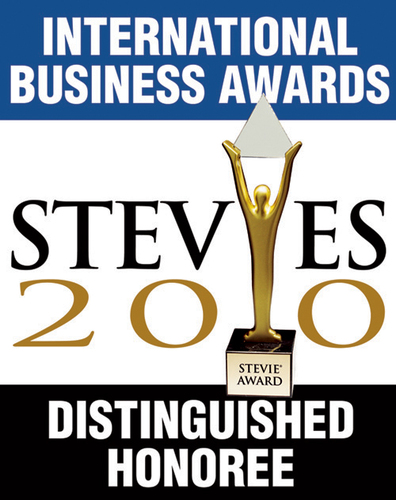 The 2010 International Business Awards name TradingPartners, the eAuction People, as a Distinguished Honouree

LONDON, UK – 14 July, 2010 – The Stevie® Awards, organisers of the world's premier business awards, announced on Monday that TradingPartners is a Distinguished Honouree in the category of Multinational Company of the Year in North America. The company, with origins in the UK, competed in the International Business Awards division of the Stevie Awards, the only global, all-encompassing business awards program honouring great performances in business.

Honourees were selected from more than 1,700 entries received from organisations and individuals in more than 40 countries. Honorees were determined through two rounds of judging by professionals worldwide.

TradingPartners was selected based on their company-wide growth and accomplishments since the beginning of 2009 which included amongst other things, a prestigious leadership award from client ASDA, a subsidiary of Walmart Stores Inc. “The judges were impressed by TradingPartners’ continual track record of strong organic growth and their outstanding customer achievements within both the private and public sectors in what is still a niche market." said Michael Gallagher, president of The Stevie Awards.

“TradingPartners is thrilled to accept this honour from the IBA,” said Marc Halpin, TradingPartners CEO. “In the past year we have experienced rapid global expansion with our New York office opening in late 2009, and our second Asia office in Tokyo opening its doors in early 2010. We’re working with clients on nearly every continent to help companies save time and money. We appreciate this recognition and thank the International Business Awards for organising and hosting a truly global business event.”

“Despite the harsh economic climate, entries to the International Business Awards actually grew a bit this year, and that illustrates the increasing importance of awards program worldwide,” said Michael Gallagher. “We congratulate all of the honorees, and we look forward to recognizing them for their achievements at our gala awards dinner in Istanbul on 27 September.”

Complete lists of honorees and more details are available at www.stevieawards.com/iba

TradingPartners enhances and accelerates negotiations between buyers and suppliers using a fully-managed eAuction solution. TradingPartners brings together the right people, process and technology to run online eAuction events that result in substantial and guaranteed cost savings. TradingPartners operates on a global scale with operations across North America, Europe and Asia. More information is available online at www.tradingpartners.com.

About The Stevie Awards

Premier Sponsor of The 2010 International Business Awards is Infogroup. National Sponsors include the Korea Business Communicators Association and the Public Relations Society of India. Supporting sponsor is McCann PR Romania. Localization Partner for the 2010 IBAs is Lionbridge.