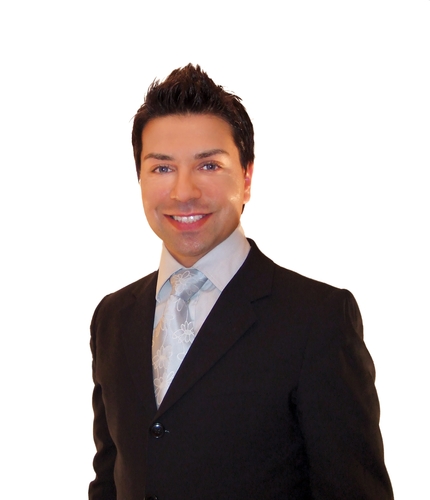 Dr. Dan Dhunna of the Cawston Manor Clinic explains how more and more women are turning to cosmetic treatments to give their confidence a boost, turn back the years and combat the ever increasing problem of age discrimination.

AN ever increasing number of women (and men) are looking to cosmetic treatments in a bid to keep pace with younger colleagues.

Statistics prove that ageism in the workplace is becoming an all too frequent occurrence. Indeed it is one which only recently has hit the headlines with the exit of Arlene Phillips from Strictly Come Dancing in favour of the younger Alesha Dixon who followed other casualties of the ageist culture such as Selina Scott and Moira Stewart.

It is a situation which however is not just limited to those in the public eye: recently senior NHS manager Linda Sturdy won record damages for injury to her feelings after she was rejected for a new job because she was 56 by the trust for which she worked. And record numbers of people are taking age discrimination cases to Employment Tribunals: cases have quadrupled in just three years.
According to the Office of National Statistics more women than ever before are going to work – 13 million in 2008 compared with 11 million in 1995 – and many work part-time. Women who take career breaks to bring up their families often have a crisis of confidence when they return to the workplace after several years at home.

“Whereas ten years ago a change of hairstyle or a new outfit would do the trick, this is no longer sufficient. Non-invasive cosmetic treatments are now becoming part of a regular beauty routine.”

Dr. Dhunna explained that one of the main problems is that the majority of women in the public eye are line free so every time women pick up a magazine, turn on the television or a watch a film they see women of equal age or older looking years younger.

“Women are constantly faced with image after image of women (and indeed increasingly men!) who are unlined and therefore forced to compare themselves with them. And in the face of such constant surveillance, it's not surprising that women want to erase the marks of time.

In fact the number of women in their 40’s and 50’s who are seeking non-surgical cosmetic enhancement in the form of BOTOX and fillers has risen by 200% over the past 12 months and is set to rise significantly in the coming year.

“Men and women from all walks of life come to seek my advice on how they can feel more youthful, look fresher and less tired”, continued Dr. Dhunna.

“More often than not results can be achieved by some very simple procedures but the result in terms of appearance and self esteem is incredible.”

Dr. Dhunna believes that facial ageing can often coincide with changes of direction in life and in people's careers.

“As the statistics show, we are seeing an increasing number of women wanting to go back to work after bringing up their family or others who are looking for a promotion, but often feel that in spite of having the experience and expertise they are unable to compete against younger applicants,” said Dr. Dhunna.

Non-invasive procedures such as BOTOX and fillers have mass appeal because they are not radical but incremental, meaning there's less chance of a sudden, major change in one's looks – it is all about gently restoring the facial contours in the face which progressively become lost as we age and maintaining that softer, fresher look. It also provides the opportunity of dealing with areas of concern such as frown lines, scarring etc. all of which can affect confidence.

Dr. Dhunna points out that many people are now beginning to have treatments in their 20s and 30s in order to slow down the signs of ageing.

Women in particular do not want to be judged old before their time – and with good reason. A recent survey in the UK came up with an interesting revelation – women are most likely to be judged as being “older” when they hit 50-54 whereas men do not reach that milestone until they are 60-64.

Most intriguingly, this gender gap appears to be widening: ten years previously a similar study put the gap at only three years.
The Chartered Management Institute and the Chartered Institute of Personnel and Development, in the same recent study of age discrimination, found that nearly six out of ten respondents felt that they had been personally disadvantaged at work because of age discrimination. The survey revealed that the best promotion prospects came for those aged 30 to 39, while opportunities fell away dramatically for the over-50s.

Worries about age are universal. A 2008 survey of “mature” accountant aged 45-plus conducted for the professional body CPA Australia, found that many feared their promotion and job prospects would be limited by employers’ perceptions about their age. One-third feared rejection for a “lack of fit with younger working culture” and one-quarter for “a lack of image fit with young clients”.
“It is indeed a competitive world”, says Dr. Dhunna, “but help is at hand. Subtle rejuvenation can produce tremendous results which look natural. It’s not about making a 50 year old woman look 20, but about making them look good for the age they are and about making them feel good about themselves. What more can one ask?”