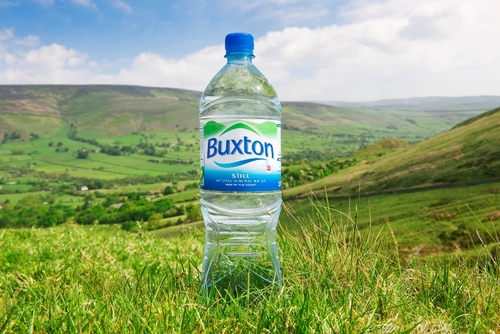 A third of Britons are willing to take a pay cut in order to re-locate to the countryside, according to new research released today.

In the survey of over 2,000 adults, commissioned by Buxton Natural Mineral Water, 72 per cent said the main reason for leaving city life behind was too many crowds, whilst 67 per cent cited noise and pollution. People in Glasgow are the keenest to escape to the countryside, with 32 per cent aspiring to some green space followed by 31 per cent in Newcastle. People in London are a not-too-distant third, with 30 per cent dreaming of quitting the rat race.

Three quarters of those polled said the countryside offers a better quality of life. Whether it’s the earthy smell and fresh air or the lack of noisy cars and sirens, there is something idyllic about country living. 8 out of 10 (81 per cent) said the most appealing aspect of rural life was the soothing sounds of birdsong and running water. Long country walks and the ability to grow your own fruit and vegetables received 65 and 54 per cent of the vote respectively. Almost a quarter (20 per cent) opted for rearing your own animals, whilst 3 per cent were keen to follow in Kate Moss’ footsteps by making their own jam.

Commenting on the findings psychologist Corrine Sweet said: “The rural idyll is a highly attractive escape for many over-stressed urbanites. All too often we fill up our 24/7 lives with overbusy schedules, social commitments and chores. This research shows quality of life and open space, fresh air and pure water, are often a real relief from the pounding pulse of city coffee shops and nightclubs as well as our daily pressure-cooker lives.”
In response to the research, Buxton Water is bringing a taste of the countryside to the city. The unique two day ‘Buxton Filter’ event on 1st and 2nd September 2010 brings the peace and tranquillity of the Peak District to the heart of Central London.

Anna Steinwendner, Buxton Brand Manager, comments: “We’ve created the Buxton Filter to afford busy city dwellers a glimpse of where they aspire to live. With its beautiful sights and sounds, the Peak District, where Buxton Water is sourced, is a drop of pure Britain and if the event encourages even one person to live out their dream then it will have been worth it.”

For more information, pictures and interviews with Corinne Sweet contact Katherine Wood on 07971 982270 or Hannah Hayes on 020 7025 7567 or email Katherine.Wood@grayling.com / Hannah.Hayes@grayling.com