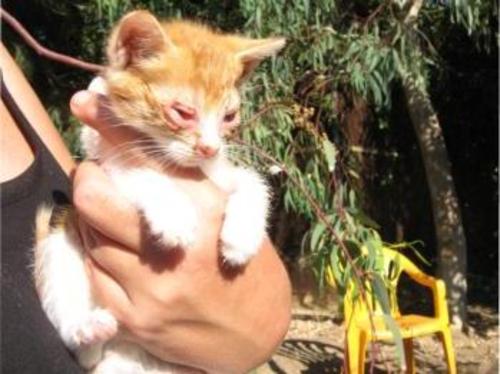 Are you interested in spending a few days on Kos, Greece this November to run a report on the British expats who are all joining forces to help the thousands of stray animals on the island?

Are you a journalist or do you work for a television production company? Are you interested in spending a few days on Kos, Greece this November to run a report on the British expats who are all joining forces to help the thousands of stray animals on the island?

From 12th to the 22nd November 2010, an Austrian organisation called Tierhilfe Kos will be arriving on the island to administer its bi-annual round of castrations and veterinary care since 2005 – despite opposition from the authorities.

In 2007, the organisation had agreed an official neutering program with the Mayor of Kos, who then later retracted his signature after a discussion with a local vet, Dr Yiannis Thallassinos. Dr Thallassinos, who deemed such action unnecessary, is one of four vets on Kos, none of whom treat street animals for free.

Worse still are reports that, as opposed to alleviating the animals‘ suffering, the vets are primarily interested in making money.

According to Maria Winterleitner, Chairperson for Tierhilfe Kos, an old man who has set up a money box for the animals in the one of the parks, is also among those who profit financially from the animals‘ suffering, thanks to the generosity of tourists. Apparently, Ignacius Giavassis punched one female volunteer in the face whilst one of the castration projects were underway, in a bid to stop her taking ‘his cats‘.

If you’ve been to the island already, you‘ll know that the numbers of sick, stray animals are overwhelming.

During my overnight stay a couple of weeks ago, I took a walk around the ancient town and found colonies of cats and kittens in such a state at the Hippocrates Tree Square that it all but broke my heart. I came back later that evening, armed with tins of tuna. Some of the kittens were in such a bad way they were unaware that there was even food available. One tiny ginger and white kitten, maybe 9 weeks old, was half-lying on the ground; he was emaciated, his eyes swollen and infected and clamped tightly together. He barely fitted into the palm of my hand. I wiped his eyes clean with a babywipe and started to feed him tiny pieces of tuna by hand. After a few mouthfuls, he started to perk up. He was covered in mites, so I rubbed him vigorously with the babywipes as he started to purr and sit up; it was probably the only act of love he’d ever known. As soon as his identical brother heard him, he came and joined me on my lap, and they purred in chorus.

The next morning I went there early to feed them again before my flight - but the two little brothers from the night before were lying in the shade. One of them was clearly dying as the other rested his head on top of his, as though in a gesture of support. He cried a few more times, but there was resignation in his eyes. They’d both given up, and there was nothing I could do. I thought of taking them to a vet to have them put down, to put them out of that awful misery, but they weren’t the only ones who’d have probably welcomed death.

The scale of animal suffering in Kos is in fact horrendous, with the colonies at the Hippocrates Tree Square comprising only a tiny fraction of the problem. It is currently estimated that around 300,000 cats and nearly 100,000 dogs are leading miserable lives on the island, fraught with sickness, starvation and cruelty.


There’s hope in sight, however. By the end of this year, Tierhilfe Kos have a vision of opening a clinic on Kos, which will be operational all year round.

Their aim is to limit the misery of feral cats and dogs, and their plans are as follows:


1) To castrate as many animals as possible (on Kos, and also on several neighbouring islands) via the planned and organized cooperation of vets, assistants and voluntary workers on the spot. The basic idea of the project is to catch all animals in the planned place, castrate, tag them and let them free again in their original place.

3) Aid-stations to be set up, where at the moment none exist, for sick, crippled, old and very young animals.

4) A Tierhilfe Kos clinic to be open all year round (since they have not found a vet in Greece who would be prepared to support their project), and to work together with Austrian and German vets who have work permits.

It is nonetheless still a work in progress. There are still problems with the authorities, and some local helpers repeatedly get attacked and threatened.


The help they are looking for is twofold:

1) Publicity. To get journalists/a film crew involved in doing a documentary during Tierhilfe’s next visit as part of their ongoing castration project. This would be in November 2010. The crew will be given accommodation in the shared house for the duration.

2) Financial. If you are able to donate money, sponsor an animal or become a member of Tierhilfe Kos, then please go to: www.tierhilfe-kos.at/en/whatsnew.html for more information.


And for those who are interested in joining the team on the island, please email me here; someone from the organisation will then contact you directly: karenfarini@btinternet.com.