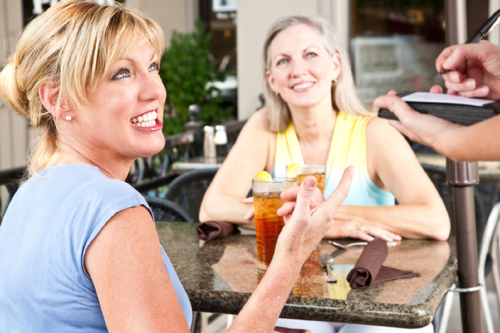 We Brits are notorious for not even trying to speak another language while abroad – and then when we do get it wrong we’re ridiculed.

But according to a new survey carried out by holiday home specialists, Owners Direct, being the butt of foreigners’ jokes is certainly not deterring the modern British holiday maker from having a go.

Despite making some hilarious gaffes, the vast majority of Owners Direct holiday makers will at least try to speak the local language. According to the survey, a surprising 95.2 per cent are happy to chat to the locals in their native tongue.

The most common languages spoken abroad are Spanish (70.7%), French (57.3%) followed by German (19.1%) and Italian (15.4%). By contrast, very few people are prepared to have a stab at Greek, Arabic, Portuguese, Cantonese, Dutch, or Norwegian whilst on holiday.

One holiday maker recalls asking for her “head baked Al Forno” when asking for a hairdryer, whilst another ended up calling an elderly lady a “squid”, no doubt mixing up the Greek for good morning (Kalimera) for Calamari (squid).

According to the survey, other common holiday gaffes included saying: “I am full (plein)” in French, which means pregnant and saying: “good morning” at midnight. Another holidaymaker in Hong Kong ended up very red-faced when she mistakenly told the locals in Cantonese she worked as a “prostitute”, while a tourist in Portugal mistook the word ‘fruit preserves’ for condoms.

Interestingly, the main thing that puts people off speaking a foreign language abroad is not fear of getting it wrong. 52% of Owners Direct respondents said lack of knowledge is the main barrier and 37% because English is widely spoken. Only 15% said they were deterred by the embarrassment factor.

And the most commonly used words and phrases by Brits abroad in any language...? “Hello”, “please”, “thank-you”, “goodnight,” “where are the toilets,” and “a bottle of house red please,”!

But when it comes to foreigners in our own country, we have a different attitude altogether. When people in the survey were asked if they thought the British were helpful to tourists, the vast majority felt we should make more effort and that we expect everyone to speak English.

So it appears that whilst we ourselves are improving dramatically at speaking languages aboard, we still have a way to go in being receptive to foreigners on our own ground. In the run-up to the 2012 Olympics, this seems more crucial than ever.

Angela Southall, Marketing Manager of Owners Direct said: “We found this survey fascinating – especially the contrast between Brits abroad and in their home territory. But I think the survey also demonstrates that people booking via Owners Direct are discerning tourists, keen to immerse themselves in the culture of the country they are visiting,”

The Owners Direct Travellers Survey was carried out in September 2010 among 328 holidaymakers who have booked villas, apartments and bed & breakfast accommodation abroad via the Owners Direct website. (www.ownersdirect.co.uk)

Owners Direct specialises in advertising privately owned holiday accommodation direct from the owner. We have advertised holiday properties since 1997 and on our web site you will find over 37,000 villas, apartments, chalets, farmhouses and cottages. From Fincas in Spain to traditional Riads in Morocco and beach villas in Koh Samui, Owners Direct offer all types of holiday accommodation in a diverse selection countries throughout the world. We have seen enormous growth in recent years and are delighted to report that, we were voted Runner Up in the Best Villa Rental Companies category in the Conde Nast Readers Travel Awards 2009.

In August 2007 Owners Direct became part of HomeAway Inc. which owns the largest holiday website in the US and Europe. We continue to operate as a separate brand from our offices in Epsom, UK.
www.ownersdirect.co.uk

High resolution images, quotes and images are available on request.