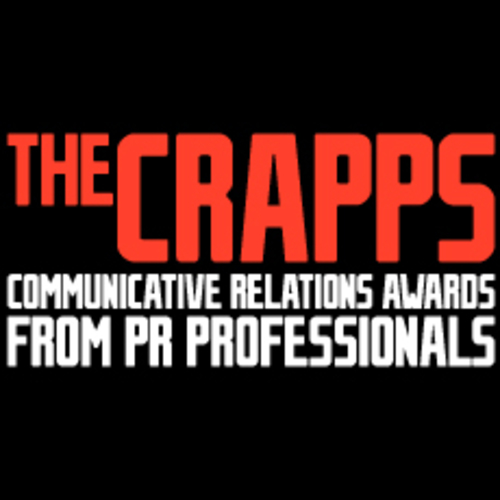 The Communicative Relations Awards from PR Professionals (The CRAPPs) have been launched to celebrate the special relationship between the media and public relations professionals.

To celebrate the relationship between journalists, bloggers and PRs, www.theCRAPPs.com has been launched by 10 Yetis PR Agency, in association with Daryl Willcox Publishing, the company behind Response Source, FeaturesExec and SourceWire.

The light-hearted awards are split into three steps:

There are five personal award categories, and one group award.

Categories are as follows:

1. The journalist that makes you feel warm and furry on the inside
2. The ‘most likely to tell you to sling your hook’ award
3. The ‘best blogger’ PR award
4. Least twattish Twitterer – the must follow journo
5. Journalist you'd most like to bring to the dark side (employ as a PR)
6. Most approachable national newspaper

Nominators can tweet their nominations, and nominate as many times per category as they wish.

The ten most nominated names will be shortlisted for step two on Wednesday 1st December, where voters will get the chance to vote for their favourite per category.

“We wanted to have a bit of fun in the run-up to Christmas, and what better way than to make light of such a hugely contentious issue as media relations?

“The public relations calendar is already full of awards, but the difference here is recognising the relationship between journalists and PRs in a way that hasn’t ever been done before, whilst having a laugh at the same time. Knowing some journalists, being the recipient of the PR-voted ‘most likely to tell you to sling your hook’ award would be the perfect way to kick off Christmas!”

Daryl Willcox, chairman of Daryl Willcox Publishing, www.dwpub.com, said of his company’s involvement in the awards,

“As a provider of services that help PR professionals and journalists connect with each other we couldn't resist being involved in these awards and look forward to the nominations and votes rolling in.

“Journalists and PRs may not always see eye to eye, but with the festive season fast approaching I’m sure hatchets can be buried momentarily as PRs doff their respective hats in the direction of the media.”