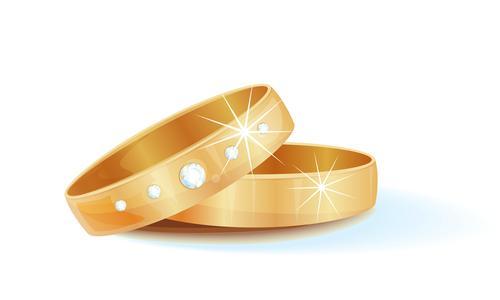 BOURNEMOUTH, 19th November 2010 - Prince William has found a good destination for his mother's engagement ring: the finger of his fiancée Kate Middleton. Jewellers say that William has caused a worldwide hype already. Instead of copying his gesture of proposing with an inherited ring, people all over the world wish to offer their loved ones a replica of the 18-carat white gold ring with a large oval sapphire set amid diamonds. UK citizens who have inherited less tasteful rings have discovered that the best way to upgrade the inheritance is to sell it to Monsterpriceforgold.com who buy gold for cash, so that they can buy the ring of their dreams.

As they pay 94% of the bullion value, Monsterpriceforgold.com offers the best gold selling deal in the UK. This has not escaped the attention of the British audience. The gold buying company based in Bournemouth has bought over 10,000 engagement and wedding rings since the website was launched in 2009.

According to Prince William, who proposed to Kate in October during their private holiday in Kenya, said his mother's "engagement ring is very special to me and Kate's very special to me now as well, and it's only right the two are put together.” Miss Middleton is very lucky that Princess Diana chose this gorgeous sapphire ring. It cost £28,000 at the time, but has considerably increased in value since then.

Monsterpriceforgold.com offers couples who have inherited rings that are less stylish than the royal ring the opportunity to get a great price for the unwanted gold so that they can invest it in a new ring. A satisfied customer said: “My mother's engagement ring was broken beyond repair, but Monsterpriceforgold.com still offered us an excellent price for it. We wouldn't have been able to afford our engagement ring without the money we got for the broken ring. It means a lot to me that the inheritance has been incorporated into the new ring.”

Monsterpriceforgold.com is a sister company of Postgoldforcash.com, a gold buying website based in the Bournemouth / Poole area.

In a recent TNS Mystery Shopper Study, Postgoldforcash.com was the top-payer of all its TV advertised competitors when offered 25grams of 9ct gold to buy, paying OVER DOUBLE the amount paid by the largest rivals. Postgoldforcash.com also came TOP in BBC’s One Show Postal Gold Survey. For a summary of this study, see the comparison table at www.postgoldforcash.com

Monsterpriceforgold.com don't advertise on television and don't have any significant start-up costs because they the "back end" operations (staff, office, computers etc.) of their sister company. That's why they can maintain a level of service that competitors are not be able to match as well as make customers an even better offer for their gold. Monsterpriceforgold.com pay three times more than unrelated TV advertised gold buyers and also aim to beat all prices on the web.

The two founder directors, Ashley Faull and Ian Corica, have over 30 years experience in the jewellery trade and very extensive media and start-up experience. They believe that with the current high gold price, combined with the poor economic climate, there is a great opportunity for Monsterpriceforgold.com to provide a first rate gold buying service to its customers.

For the latest company news check out www.monsterpriceforgold.com or contact Lindsay (Lindsay@postgoldforcash.com on 01202 666249 for any further information