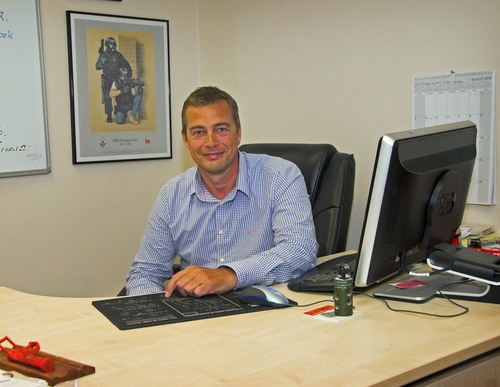 Today it was announced that Trade Skills 4U Managing Director Carl Bennett, has been selected as one of the three finalists in the ‘Business man of the year’ category for the Gatwick Diamond Awards. The award ceremony will take place on the 17th March 2011 where the winner will be announced.

Carl Bennett said "It is a real pleasure to be nominated for this type of award as the Gatwick Diamond is home to a vast range of businesses which span all sectors of the economy, from household names to niche companies, and from multinationals to sole traders."

Having spent 22 years in the Met Police until a brain tumour resulted in his early retirement from the elite SO19, Carl Bennett opened up Trade Skills 4U which with a little bit of luck and a lot of hard work became the UK’s No.1 specialist independent electrical training provider. In the beginning Carl put a lot of consideration into where to locate the business to give it the best chance of succeeding. Carl said, “I had to be in an area to encourage my customers to visit, and the Manor Royal fits that bill perfectly."

Having been established since 2005, Trade Skills 4U has aimed to provide their customers with the knowledge, understanding and approval of their awarding bodies so that their customers are fully equipped with the skills promised. Armed with such skills, a customer can begin carving their path as a qualified tradesman.

Carl Bennett’s drive and managing skills have led his team through the recession. The success and dedication to training has seen the company grow at a time when many have seen a decline. As a result of their hard work, Trade Skills 4U will be launching their brand new Renewables Energy Training Facility in April 2011. This launch will include the attendance of special guests.

The Gatwick Diamond Business Award winners are those businesses or people who have shown innovation and inspiration in their work, and have demonstrated a real commitment to the sub-region.

About Trade Skills 4U LTD

Trade Skills 4U LTD are the UK’s largest specialist independent provider of electrical courses, which enables the existing electrical workforce to upskill or the recession-hit-public/resettlement troops to retrain. Their Renewable Energy Training facility will be launching in April where a range of Renewable energy courses such as Solar PV will be on offer.