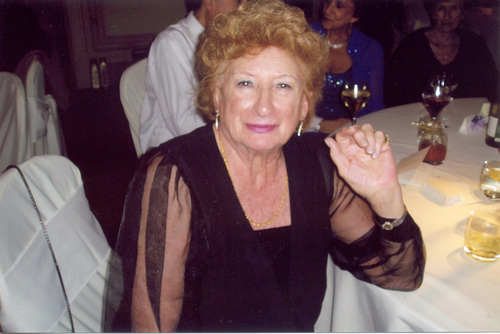 The Last Six Months is a daughter’s personal account of her elderly mother’s plight during her treatment in an NHS hospital for a hip operation and how her condition deteriorated during the terrible and tragic course of events.

Joanna started to write a blog as she wanted the public to have greater awareness of what can happen when our loved ones go into hospital.

Joanna says; “It is so hard to try and remember every detail, but by making a diary from the day your loved one has been admitted to hospital it will help if unfortunately things do go wrong and enable you to refer back to your notes as it’s so easy to forget. What we may think would be just a short stay in hospital could turn out to be weeks or even months”

In this unique and original way, the author started publishing the first entry from the day before her mother went into hospital from 18th July 2007 in blog format, http://www.joannaslater.com . The blog is updated daily and the reader is able to follow as the story unfolds day by day.

The Last Six Months started out as notes when Joanna’s mother, Kay, went into a hospital in London for a hip operation on 18th July 2007. Six months later, while still in hospital, she died. It has taken the author three years to make her diary public, three years to go back on her notes filling in all the details which has brought back all the hurt and pain her mother went through.

This is a story that should be brought to the attention of the public as this is still happening in our hospitals today.

Joanna’s notes have become an up-to-date diary of her mother and how her condition deteriorated during this terrible and tragic course of events. It has also allowed her to capture all the memories of their time together while she was in hospital: the laughs, the tears, the precious words that were spoken.