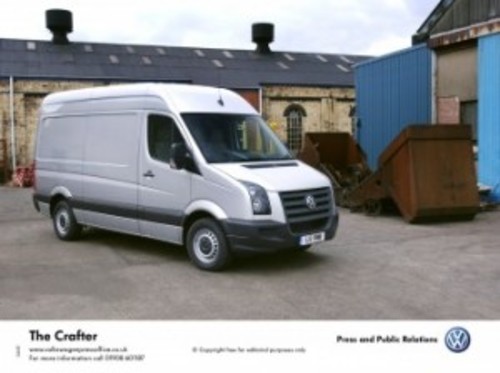 The group from the SULSESC will be raising money for the Royal National Lifeboat Institution and Diabetes UK, which were the favoured chairities of former SULSESC chairman Ian Tremayne, who passed away in November 2009, and long-term member Andrew Metcalfe who died in June of last year.

Today, the avid Scunthorpe United fans will begin the fundraising journey at Loftus Road, the London home of Queens Park Rangers Football Club, who take on Scunthorpe United four days later. Cycling 195 miles, the route will take the riders north, via Bedford, Thirlbury and Lincoln before arriving at Scunthorpe United’s Glanford Park ground on Saturday 9 April in time for kick off.

Volkswagen Commercial Vehicles will supply a Crafter panel van which will be used to support the riders, carrying equipment, spares and provisions for the four day journey.

Director of Volkswagen Commercial Vehicles UK, Simon Elliott, a member of SULSESC and also a former director of Scunthorpe United FC, commented: ‘Over the years, I have had the pleasure of being closely involved with both the SULSESC and Scunthorpe United Football Club, and I am extremely proud to be able to support the ongoing fundraising efforts of such worthy causes.’

For more information about the Scunthorpe United London and South East Supporters’ Club, the fundraising riders and to track the progress of their journey, please visit http://bikeride.sulsesc.com.

For information on the Crafter and the rest of the Volkswagen Commercial Vehicles range, or to find your local Volkswagen Van Centre, please call 0800 717131 or visit www.volkswagen-vans.co.uk.
(ends)