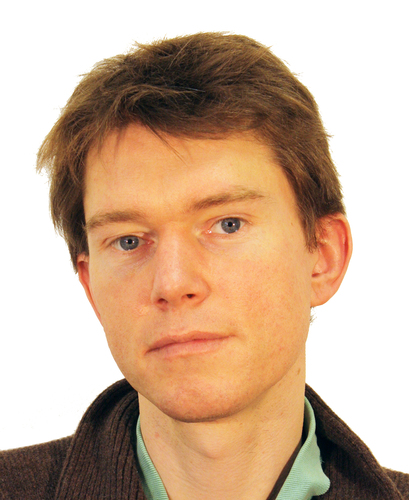 Machine translation – using a computer to translate one human language into another – is the sci-fi dream that’s coming true. While the claim of translator droid C-3PO in the Star Wars films to be “fluent in six million forms of communication” can’t be matched by current computerised systems, Google Translate does already offers 57 core languages, giving over 3,000 possible language permutations. So surely, it’s only a matter of time before human translators are out of a job?

Or maybe not. Existing machine translation systems are more about complementing human translation rather than replacing it, and here’s how they do so.

The Internet means an exponentially greater amount of content is being published than at any time previously in human history. There is more information out there than there has ever been. But accessing this information can be difficult. For example, less than two percent of all Internet content is currently available to the world’s 280 million Arabic speakers. Machine translation allows them to get at the other 98 percent.

In fact, anywhere that the utility of the information is more important than its presentation or nuances, machine translation performs an invaluable service.

To give a commercial example, in foreign-language versions of Microsoft’s technical support pages, some of the articles are machine-translated and others have been translated by humans. Users are asked whether the information solved their problem – and the proportion of yeses is identical for the machine and human-translated articles.

Likewise, mechanised translation facilitates communication. Every day, people around the world use it to translate emails to and from others with whom they have no language in common. That has to be a good thing.

The next step is to apply this to verbal communications. And sure enough, this January Google duly unveiled an “alpha” version of Google Translate’s “conversation mode.” Speak into a mobile device, and this will speak back a translation of what you have said in another language.

Yet for all the staggering advance in machine translation, no computerised system can achieve even the consistent grammatical accuracy of professional human translators, let alone their fluency or style. Why is this?

In recent years, automated efforts have increasingly focused on so-called statistical machine translation, the approach that underpins Google Translate. In Google’s own words, “it looks for patterns in hundreds of millions of documents, [and] by detecting patterns in documents that have already been translated by human translators, [it] can make intelligent guesses as to an appropriate translation.”

Essentially, it scans through millions of human-translated documents looking at each sentence/phrase/word, and then looks in the translations to see how the two languages’ words and phrases map to each other. This means it can be used for any combination of languages for which there is a large enough “corpus” or body of text. It also means new languages can be added in fairly short order; in response to last year’s Haitian earthquake, Google Translate added Haitian Creole to its list of languages in less than three weeks.

But it is entirely a data-driven process. The software is not trying to “understand” the words it is translating, let alone the nuances of social convention, cultural context and tone. And that is why for anything that is designed to engage the emotions, machine translation remains a long way from being a viable solution. Information, it seems, moves much more easily between languages than presentation.

This applies not just to literature and poetry, but to the creative translation, known as transcreation, that is needed to engage consumers in advertising and marketing communications.

For instance, it is important to remember that machine translation is typically a process initiated by the reader. Someone has already decided they are interested in the text, and that is why they are getting it translated.

But with advertising, this interest cannot be assumed, it must be created. In the era of information overload, audiences need a reason to bother with content. That reason might be humour, passion, intrigue or elegance of style, but it will almost certainly be something that is not machine-translatable.

As Wayne Bourland of Dell’s Global Localisation Team comments, “In a recent usability study conducted in Germany, Dell observed that buyers who needed to form an emotional connection as part of the purchasing process were both distracted and disappointed by translation errors.”

And of course, anything that requires creativity or originality is almost by definition not suitable for statistical based machine translation – because a system that only leverages past translations can never come up with something as creative and original as a human being.

Mother Tongue Writers is the UK’s largest specialist adaptation and transcreation agency based in London and New York. The company uses its worldwide network of specialist copywriters to fulfil the need for creative translation in the advertising and marketing industries when implementing global campaigns. Mother Tongue Writers is the official creative translation partner to D&AD and to New York Festivals – International Advertising Awards.