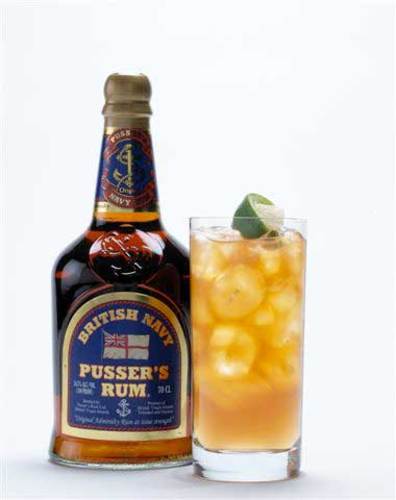 A rum cocktail for a Royal Salute to Will and Kate

In honour of the Royal Wedding Pusser’s Rum have created the Royal Salute, a great cocktail with which the nation can fill their glasses and enjoy a rum based cocktail with real history. For centuries Pusser’s Rum was the traditional naval drink. Although it is no longer served in the Royal Navy today, Pusser’s Rum is still produced to the original Admiralty specification, as drunk on board Nelson’s ships. This is a cocktail with history:

Pusser’s Rum was issued in the form of the daily tot. Even since before the time of Lord Nelson many a varied toast has been given in rum, ranging from “To wives and sweethearts – may they never meet” to the ever popular “Up Spirits”.

The Royal Salute – cocktail for the generation

Raise your glass, toast the happy couple, and enjoy!

Pusser’s Rum was the only rum ever served on board ships of the Royal Navy. It was never available for public consumption and might well have disappeared for ever following Black Tot Day (31 July 1970), had it not been for Charles Tobias. A seagoing entrepreneur, Charles enjoyed a tot of Pusser’s one day as a guest on board one of HM ships. He was sufficiently taken with this unique rum he obtained the Admiralty specification, the name (a corruption of ‘purser’ who issued the daily rum ration) and their approval to produce Pusser’s Rum on a commercial basis. The brand was introduced in 1979 and is now a favourite with seagoers and landlubbers
alike around the world.

Charles Tobias was awarded the MBE in the Queen’s New Year’s Honours List for services to the Royal Navy and the British Virgin Islands community where he has lived for many years.

Ben Pick, UK Brand Manager for Pusser’s Rum said:
“This is a memorable day for the happy couple and for the watching nation. We hope the Royal Salute will help everyone to celebrate an unforgettable event”.