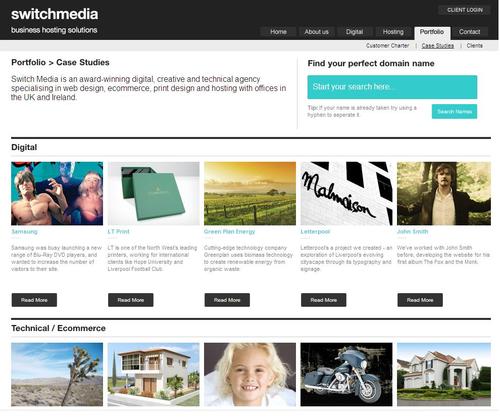 Switch Media is an excellent complementary business to our existing operations

iomart Group plc (AIM:IOM), the managed hosting and cloud computing services company, has bought an award-winning domain name and hosting company in Liverpool as it continues to expand its hosting offering to the UK market.

iomart has acquired the entire issued share capital of Switch Media Limited for a total cash consideration of £1.25 million. The announcement was made to the stock market at 0700 hours April 27, 2011.

Based in Liverpool, Switch Media supplies domain name and shared hosting services to small businesses, operating in a similar market to iomart’s Easyspace division. The acquisition of Switch Media brings with it a customer base of more than 10,000, providing a strong base of additional business from which the Glasgow-headquartered Group can expand its small company hosting business.

Angus MacSween, CEO of iomart Group plc, said: “Buying Switch Media is iomart’s second purchase in six months and continues our policy of expansion by both organic and acquired growth. Switch Media is an excellent complementary business to our existing operations and trades in the small company segment of the hosting services market. It will enhance the growth of iomart through expansion of the Group’s customer base and access to new clients and is a further step in the achievement of iomart’s strategy of building a leading hosting company in the UK."

Chris Evans, Managing Director of Switch Media Limited, said: “This is a very positive move for us. It allows Switch Media access to iomart’s own wholly-owned data centres and its full range of cloud computing, enabling us to offer our customers a wider range of services. I’m looking forward to continuing to drive Switch Media forward as part of iomart Group”

Switch Media was founded in 2002 and has built an excellent reputation for combining a solid hosting service with creativity. It has produced work for clients including Samsung, Littlewoods, Harley Davidson, Wella, Island Records and Wagamama and is an approved supplier of new media to the BBC. Last year Switch Media won Gold at the prestigious Roses Advertising Awards for its design work on ‘Letterpool’, the book project that explored Liverpool’s history and culture through its signs, branding, language and graffiti.

This is the second acquisition made by iomart Group plc in the last six months. In November 2010 iomart bought Titan Internet, one of the UK’s most respected and technically advanced hosting companies for £4.2 million.

In its pre-close trading statement to the stock market on 30 March 2011, iomart Group plc reported strong results across its operating segments. For the year to 31 March 2011, it expects to show an EBIDTA (Earnings before interest, tax, depreciation, amortisation, acquisition costs and share based payments) of between £6.4m to £6.6m which is ahead of market consensus.

Angus MacSween added: “The integration of Switch Media should allow us to achieve a significant level of cost savings and should improve the company’s EBITDA margin as well as bring an immediate earnings enhancement to iomart Group as a whole.”

Of the £1.25m iomart Group has paid for Switch Media, £1.025m has been paid on completion and a further £225k is payable no earlier than October 2011 subject to certain performance criteria being met. In addition, it is expected that Switch Media will have net cash on completion of approximately £100k resulting therefore in an initial net cash outlay of £925,000.