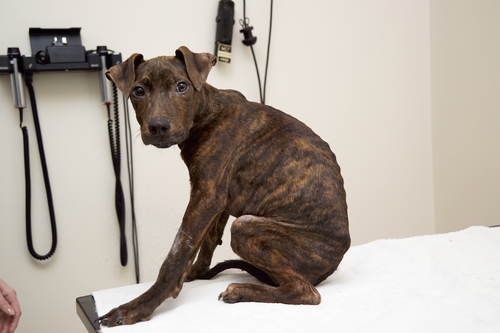 Animals add so much to our lives but it’s important that people understand the cost, time and commitment involved before taking one on

With an increasing number of pets being abandoned, it’s time for true animal lovers to show just how much they care

Gain expertise in pet welfare from new TV documentary series,
Pets for Life, a HOW TO special from PMG TV in conjunction with
leading animal charity The Blue Cross.

• Britain’s 26 million pet owners now spend £14.9 billion a year on the care and welfare of their animals, an average of £11.04 each week.
• 500,000 of Britains 24 million pet owners say they no longer have money for their pet’s food and are reduced to feeding the household animal with leftovers
• The Blue Cross revealed a 19% increase in stray and abandoned animals

More than ever, true animal lovers need to show just how much they care by maximising their expertise in pet welfare. According to a new survey by Pets for Life, a new TV series set to air on, Tuesday 3rd May, Sky Channel 201, 7.30pm as many as 500,000 pets are in crisis as the financial burden of owning an animal causes owners to struggle to meet their pet's basic needs.

This comes as leading animal welfare charity The Blue Cross revealed a 19% increase in stray and abandoned animals taken into its adoption centres in the last year compared to the same period the year before, with a total of 38 rabbits, 979 cats, and 419 dogs left to wander the streets. In addition, over 4,000 animals were given up voluntarily, many for financial reasons such as the owner being made homeless, having to move house or losing their job.

Rising costs are partly to blame. In contrast to the recorded drop in the nation’s general weekly grocery bill, expenses for Britain’s 26 million pet owners have reached a record high: they now spend £14.9 billion a year on the care and welfare of their animals according to the survey. Sadly, it seems that not all pet owners can afford to foot the bill.

500,000 (2%) of Britains 24 million pet owners say they no longer have money for their pet’s food and are reduced to feeding the household animal with leftovers; and while two-thirds of pet owners dig deep into their pockets to find an average of £11.04 each week to care for their pets, one in five (21%) say they are dropping essentials such as visits to the vet in a bid to bring the weekly pet bill to under £5.

These alarming findings come from a survey commissioned by the new TV series, Pets for Life, set to air tomorrow, Tuesday 3rd May on Sky Channel 201, 7.30pm. Commissioned by How To documentaries in association with leading animal welfare charity The Blue Cross, the new series aims to improve the nation’s knowledge of animal welfare and reduce the number of abandoned pets by providing practical advice to people who really care about their pets.

“We pride ourselves on being a nation of animal lovers, but the sad reality is that some pet owners can either no longer afford to keep their pets or are unable to provide a suitable home for them. Animals add so much to our lives but it’s important that people understand the cost, time and commitment involved before taking one on. Pets for Life aims to tackle these issues and provide real solutions to the everyday problems that can result in animals being given up or abandoned.”

In 2010, Blue Cross animal adoption centres across the UK found homes for over 6,700 unwanted and abandoned pets and horses. In addition, there was a huge demand from sick and injured pets treated by Blue Cross animal hospitals and clinics, which help owners who can’t afford private vets’ fees. Over 70,000 consultations and 11,000 operations were carried out by the charity last year alone, funded entirely by public donations.

Pets from broken homes are especially vulnerable as a result of financial pressures, since newly separated couples spend 25% less on their pets than cohabitees: separated singles spend £8.66 a week on their pets as opposed to the £10.87 spent by couples.

With pet abandonment sadly running at an all-time high, episode one of Pets for Life headlines with this issue, but it also provides insights into looking after exotic pets and information on the nutritional needs of cats and dogs. Further episodes explain how to look after pets, both large and small, the advantages of microchipping, breeding, training, how to choose a pet that’s right, and the costs involved in pet ownership.

New to our TV’s and premiering on Sky 201 , the new documentary series, Pets for Life: a HOW TO special ( Sky Digital 201, Freesat 403, from Tuesday 3rd May 2011 at 7.30pm, repeated Sunday at 6pm) will provide Britain’s 26 million pet owners with a comprehensive guide to responsible pet ownership and caring for new and existing pets

About the Survey
The online survey was conducted between 31st March and 4th July 2011 and questioned 2,331 British adults over the age of 18, of which 1241 were pet owners.


About The Blue Cross
• The Blue Cross is one of the UK’s leading animal charities. Its network of animal adoption centres and hospitals across the UK care for thousands of sick and homeless pets every year, funded entirely by public donations. To find out more, visit www.bluecross.org.uk.
• Figures for stray and abandoned animals refer to the period from 1st May 2010 to 27th April 2009, compared with 1st May 2009 to 30th April 2010.