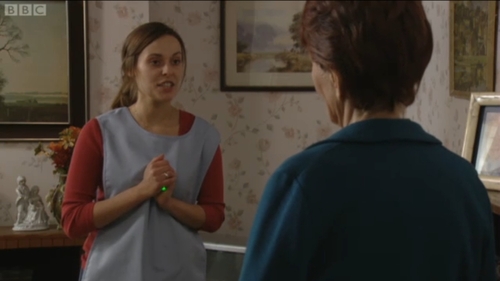 EastEnders viewers found themselves switching onto E-Lites this week after seeing the electronic cigarettes used in the latest episode of their favourite soap.

Millions of fans saw new character Marta introduce Dot to the delights of E-Liting, the alternative to smoking that is healthier, cheaper and unrestricted in public places. Dot, one of the TV’s most famous smokers, was initially shocked when she caught her new carer ‘smoking’ in the lounge but was reassured when she found out it was an E-Lites electronic cigarette, which produces only a harmless vapour and no nasty odour.

E-Lites contain no tar, no tobacco and none of the chemical ingredients that are thought to be in conventional cigarettes. Instead, they contain only pure nicotine, purified water and flavouring. And they are rapidly growing in popularity as UK smokers increasingly embrace what is the most credible alternative to real cigarettes.

Adrian Everett, one of the founders and directors of E-Lites, said: “As the UK’s leading electronic cigarette brand, we were delighted to be asked to supply E-Lites to the makers of EastEnders as part of a new storyline. The fact that electronic cigarettes were featured in an everyday scene is a fantastic example of how our products are being accepted by the wider population. More people are becoming aware of E-Lites every day and this is yet another big step forward.”

E-Lites contain a pure liquid form of nicotine that, when someone inhales from the device, is drawn into an atomising chamber, heated and turned into a vapour. This delivers a measured amount of nicotine to smoothly and pleasantly satisfy the user. Although they are used very much like a cigarette, E-Lites contain no tobacco, tar, carcinogens or harmful chemicals.

E-Lites was established in the UK in 2007 and is already a leader in its field, producing some of the most advanced electronic cigarettes on the market. The company is expanding nationally and internationally as demand grows for its innovative products.
These are the result of extensive UK research and development. The evolution of E-Lites has been supported by significant investment in design and testing to ensure its electronic smoking devices are made to the highest standards and deliver the most authentic and luxurious smoking sensation possible. The company’s manufacturing facility uses the latest state of the art micro-electronic technology, ensuring E-Lites set the standard within the electronic smoking industry. E-Lites are globally patented, internationally trademarked, and are backed by an international parts replacement guarantee.