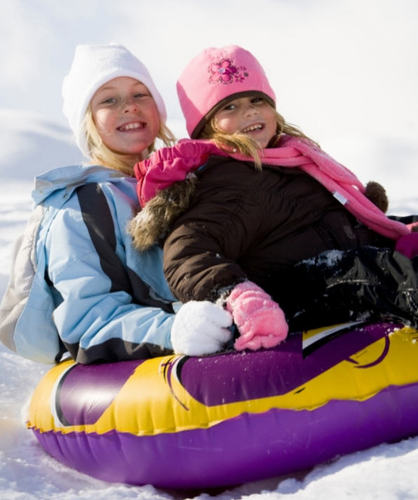 LONDON, 11 May 2011 – Research shows that birthday parties have changed dramatically over the last few decades. Gobbling down too much cake, playing Pin the Tail on the Donkey and singing Happy Birthday isn't what sums up a celebration anymore. These days, parents need to come up with cool activities such as trips to indoor snow slopes to entertain their guests and make their child feel special.

Historian Elizabeth Pleck, who recently traced the history of birthday parties, says that singing Happy Birthday is actually quite a recent trend – it became a party standard after 1934, when it was featured in a popular musical. Pleck also found out that it wasn't until the 1950s that the traditional birthday party became a right of childhood for all. "Children not only expected to have a birthday party," says Pleck, "but the absence of one was virtually a sign of neglect." The downside of parties in the family home is that they are only suitable for families with stay-at-home mums that have the time and the energy to clean up after twenty to forty youngsters. The shift to modern birthday parties is a direct result of second and third wave feminism. Pleck: "Even as late as the 1990s, some sociologists were warning against 'outsourcing' family life. Women won a victory, of sorts, by gaining acceptance of paid entertainment."

We all remember the excitement of reading the promising line “bring your swimming costume” on an invitation, but birthday parties have continued to change. The pinnacle of this trend is Rebecca Black's thirteenth birthday. Her parents gave her the opportunity to record her song Friday, and Rebecca's friends were invited to star in the professional music video produced by Ark Music Factory. The video has been viewed over 130 million times on youtube, and Rebecca and her friends are now world famous.

To give your child a party they will never forget, you'll at the very least have to compete with bowling, being in the audience of a BBC show and going to zoo, cinema or an amusement park. Organizing an awesome activity is a way of showing how much you care about your child's birthday: the cooler the activity, the more it shows you really care. One of the latest trends in birthday parties is literally very cool: going skiing or snowboarding at The Snow Centre in Hemel Hempstead. According to their website, the birthday parties they offer get booked up very quickly. To avoid disappointment, they recommend that parents book the party months in advance.

It's not surprising that The Snow Centre Birthday Parties are very popular because kids of all ages love snow. Especially during the summer, a ski or snowboard lesson or whizzing down the slope on rubber ringos is an exhilarating experience children won't be able to forget. Apart from the temptations of the fluffy cold stuff, The Snow Centre also offers scrumptious food and delectable drinks. If you're trying to organize a fabulous birthday party for your darling, look no further and call 0845 258 9000 to book the party of your dreams!

If you invite more than 10 children, this will be at an additional cost per child. Additional friends will cost £16 each for ringos, or £18 each for skiing/snowboarding. There is also an optional charge of £5.75 each for food.
*The number of instructors required depends on the age, ability and number of participating children. Additional instructors are charged at £20 each.
†Includes two instructors.

The Snow Centre, only 30 minutes outside London, boasts a BASI Centre of Excellence Status and is the most highly qualified snow sports school in the south of England. Skiers and snowboarders of all abilities are guaranteed to receive world class coaching from some of the best instructors this side of the Alps.