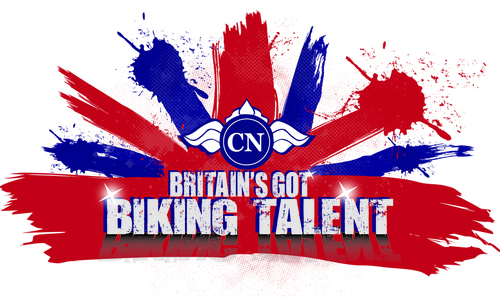 British bikers are on the starting line in the race to find the nation’s very finest motorcycles as entries open for Britain’s Got Biking Talent (BGBT) with Carole Nash.

Returning for the fifth consecutive year the contest gives the ordinary biking public the chance to vote for the motorcycles they think deserve to be named as the best of British.

Organised by the UK’s biggest motorcycle insurance specialist* the competition offers a top prize worth nearly £2,300 and comprising £1,000 in cash, a Protect A Bike PAB 940 shed plus a nifty Envy motorcycle lift. Second prize is a £599 limited edition five-draw Carl Fogarty rollcab toolbox whilst the third prize winner will strut off with £250 of top biking wear, comprising a natty pair of Midnight Blue Sartso killer jeans a pair of Gerbing G3 heated gloves and a Moto One Baselayer top.

In addition every single entrant will be able to claim a free motorcycle magazine from among some of the UK’s top biking glossies, including Bike, Classic Bike, Performance Bikes and RiDE
However it’s not just about the prizes, but the glory. The 12 finalists will enjoy having their bikes displayed on a special BGBT stand at the NEC Motorcycle Live show and professionally shot by top motorcycle photographer Adam Duckworth. Those images will then be used in the must-have Carole Nash calendar 2012, which will be distributed free to over 100,000 bike fans at Motorcycle Live and other UK and Irish biking events.

Because the contest is designed to celebrate all things two-wheeled, entries are welcome from right across the motorcycling spectrum, from scooters to streetfighters, customs to classics.

Entering is easy. All bikers need do is upload a picture of their pride and joy on the special Britain’s Got Biking Talent with Carole Nash website at www.britainsgotbikingtalent.co.uk, hosted by the contest’s media partner, MotorCycle News. Every year tens of thousands of bikers visit the site to view and vote for a stunning array of magnificent motorcycles. After initial entries are posted a celebrity judging panel – this year’s to be announced shortly – will whittle down a shortlist of 40 bikes. For the first time a further ten will then be selected according to which achieve the most Likes on Carole Nash’s Insidebikes Facebook page (www.facebook.com/insidebikes).

*Voted most used broker by readers of Ride magazine in their 2009 & 2010 Rider Power survey.

2. Carole Nash was ranked as the UK’s 40th biggest UK insurance* broker in August 2010 by Insurance Times magazine and employs over employs over 300 staff in the UK and Ireland. It provides insurance for some 300,000 classic, vintage, modern, custom and off road motorcycles – around 20 percent of all licensed machines. Its market-leading status has also been confirmed by the independent bikers’ survey, RiDER Power, which has found the company the Most Used Broker in 2002, 2003, 2004, 2006, 2007, 2008 and 2009. The company is also a leading player in the classic car sector with its portfolio also spanning modern car, van, military vehicle, travel and home insurance.