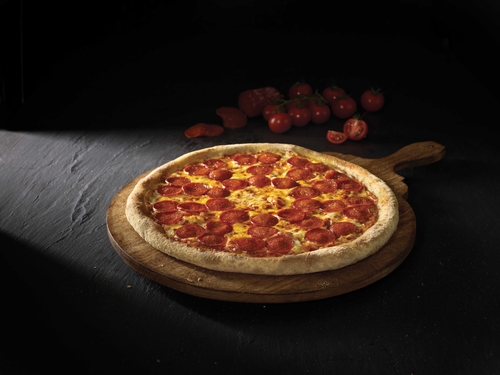 Domino’s, the pizza delivery expert, has been announced as official eviction night partner for the new series of Big Brother on Channel Five.

The merchandising arrangement between Domino’s and Coca-Cola, begins this week with the first eviction of a celebrity contestant from the Big Brother house. Throughout the new series, Domino’s will be promoting a free Coke deal, whereby pizza lovers can grab a free 1.25 litre of Coke or Diet Coke on every eviction night with any purchase of a large Domino’s Stuffed Crust pizza.

Simon Wallis, sales and marketing director for Domino’s, said: “Domino’s is very excited to be official Big Brother eviction night partner and we look forward to working with Channel Five as they breathe new life into this iconic show. The evictions will provide another great opportunity for us to reach our core target audience in their homes at a key ordering time. When it comes to a great night in front of the TV and waiting to see who the latest evictee will be, what more could you want than a piping hot Domino’s and a Coke?”

For more details on Big Brother, log onto www.channel5.com/bigbrother or to take advantage of the free Coke eviction night deal, visit www.dominos.co.uk .