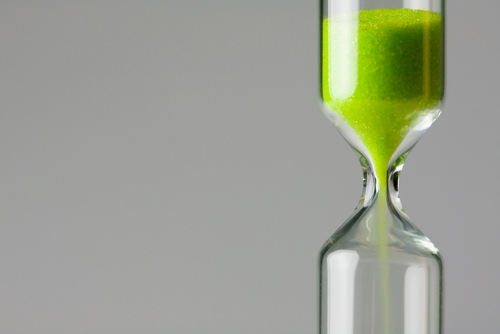 In a finite world, the only way that humanity can sustain economic and social development is through innovation

LONDON - 1st September 2011: The INTERNATIONAL GREEN AWARDS™, a global programme that recognises inspiring, innovative and creative approaches to sustainability, is extending its deadline for entry to Friday, 16th September 2011.

Judged by some of the world’s most influential sustainability experts and media luminaries, including Arianna Huffington, Baroness Barbara Young, David de Rothschild and Sir Crispin Tickell, the Awards are the perfect opportunity to present your sustainability story and be recognised as a genuine visionary on an international platform.

In its 6th year, the Royal Society of Arts accredited environmental awards scheme looks to showcase those organisations which are demonstrating stellar best practice and setting the industry benchmark for sustainability that can inspire organisations, governments and citizens across geographic boundaries.

“In a finite world, the only way that humanity can sustain economic and social development is through innovation – finding ways to meet our needs at lower cost to the environment. The International Green Awards™ 2011 are a welcome recognition of the diverse forms of innovation required to create genuinely green economics”, commented Jacqueline McGlade, Executive Director, European Environment Agency.

There are 20 categories this year including those relating to business leadership and entrepreneurship, energy efficiency, water stewardship, biodiversity, ‘Green Government’ and technology, amongst others. With 2011 marking the International Year of Forests, the Awards also include a category dedicated to conservation efforts. The heritage of the past years’ Awards is also evident where the focus was on sustainability focussed communications including Best Green Audio- Visual, Print, Social Media and Green Advertising categories that are available to enter this year again.

The Awards Steering Group is still to announce this year’s Lifetime Achievement Award honouree; a distinguished individual who would need to meet the high benchmark set by 2010 honouree Sir David Attenborough CBE BBC Broadcaster and Naturalist who commented, ‘Biodiversity is the core of the sustenance of life; which currently hangs in delicate balance. By recognising creativity in sustainability the International Green Awards™ are a genuine effort to promote positive attitudes towards biodiversity and sustainability.’

Recognising the influence that celebrities can have over their ‘fans’, the Awards have included the inaugural ‘Best Green International Celebrity’ Award open to a public vote with the winner being announced in October. Vote now at http://www.greenawards.com for your favourite responsible celebrity from a list of 15 nominees including Sir Paul McCartney, Leonardo DiCaprio too supermodels Helena Christensen and Gisele Bündchen.

David de Rothschild, Environmentalist & Explorer & ‘Plastiki’ Expedition Leader commented, “Bigger dreams, more creativity and increased inspiration are going to be three vital components in moving the needle towards the sustainable ways of living and acting that nature and humanity so desperately crave! The International Green Awards™ manages to instigate all three and more!”

To enter before the deadline of Friday 16th of September visit http://www.greenawards.com

INTERNATIONAL GREEN AWARDS™
We inspire innovation for sustainability by recognising people and organisations whose ideas are creating positive change.