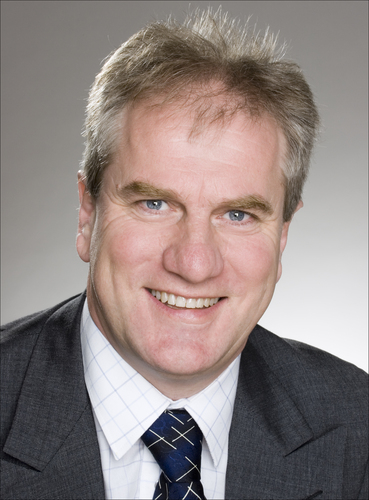 We now look forward to taking our business to the next stage of its evolution with David Elder at the helm.

Widget UK Ltd, a prominent distributor of consumer electronics to retail, has appointed David Elder as its Managing Director, effective from 1st November 2011.

David Elder, comes back into the business full time after a break of three years, during which he has been a non-executive director and run European operations for a Canadian vendor. He was one of the founders of Widget, then its Commercial Director until 2008.

Before that, Elder spent nine years at Psion plc, rising to join the vendor’s main board as International Sales Director, as well as spells running Psion’s subsidiaries in Germany and the USA.

At the same time, Widget is promoting Grant Davidson, formerly General Manager of Operations at Widget, to the board as Operations Director.

“Grant’s appointment confirms the strength of the management team at Widget,” commented Elder. “I am looking forward to working with him, and the rest of the team, in providing the service that our customers and suppliers have come to expect.”

For the past two months David Elder has been working with Jo-Anne Foreman, who is leaving Widget to become head of TDConsumer Electronics, a division of Computer 2000, in December. “Leading such a successful team at Widget UK during a period where we achieved so much has been hugely enjoyable. I have learnt a great deal during my time with Widget and wish everyone there continued success moving forward,” she said.

Mark Needham, Chairman of Widget UK added: “We thank Jo for the immense contribution she has made to our business over the last three years. We now look forward to taking our business to the next stage of its evolution with David Elder at the helm.”

Based in Stevenage, Widget supplies TomTom, Cisco and other consumer electronics products to electronics retailers in the UK.

Widget UK Ltd distributes a tightly focussed range of products from manufacturers such as TomTom, Cisco and Cloud Engines. Widget UK Ltd sells only to trade, and not directly to the public. Its customers are UK retailers and resellers, including Dixons Retail, Tesco, Maplin, Comet, Amazon.co.uk, Dabs.com, Play.com, QVC, Ideal Shopping Direct, Computacenter and SCC.

Computer 2000 is the UK and Ireland operation of Tech Data Europe. Through its collection of specialist business units, which include Azlan, Maverick, Brightstar and Datech, it provides resellers with a unique combination of focused expertise in key areas of the market and unrivalled stock-holding, logistics, and financial services. Tech Data Corporation (NASDAQ GS: TECD) is one of the world’s largest wholesale distributors of technology products. Its advanced logistics capabilities and value added services enable over 125,000 resellers in more than 100 countries to efficiently and cost effectively support the diverse technology needs of end users. Headquartered in Clearwater, Fla., Tech Data generated $24.4 billion in net sales for the fiscal year ended January 31, 2011, and is ranked 109th on the Fortune 500®. To learn more, visit www.techdata.com. For further information contact:David Watts, Commercial Director, Tel: 0871 880 3000 Mobile: 07771 503916 Email: david.watts@computer2000.co.uk