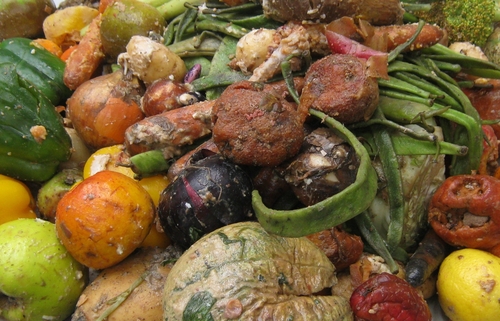 Tighter household budgets and soaring house prices mean people in Britain are throwing away 13% less food than three years ago. The figures come from the government’s Waste & Resources Action Programme (WRAP) which says that we threw away 8.3m tonnes of food in 2007 but only 7.2m tonnes last year. However, that is still enough waste food to fill Wembley Stadium right up to the roof.

However, even with this reduction a fifth of all food purchased is still currently wasted – of which 60% is fit for consumption! And with Christmas just around the corner it is estimated that families will bin around 230,000 tonnes of food over the festive period. (Source DEFRA 2010)

WRAP's chief executive, Dr Liz Goodwin, said "Despite the reduction, the food we waste in homes which accounts for about half the UK's food waste, is still worth £12bn a year as a result of food-price inflation. The food that is being wasted throughout the supply chain is significant, at a time when food security is a major global issue," she said.

Greenhouse gas emissions, associated with the manufacture, distribution, storage, use and disposal of wasted food, are still at a worrying 17 million tonnes.

Although sending less waste food to the tip has saved councils £80m a year due to lower landfill charges, more can be done and households can help to reduce this cost further still.

Richard Barker, CEO of food waste recycling firm BiogenGreenfinch says “Each Christmas we see a large increase in the amount of food sent to our three anaerobic digestion plants around the country. In these austere times we would encourage households to realistically consider what they will purchase, store and cook over the festive period in order to reduce the amount of food wasted. However there will always be some food wasted and where this occurs, sending it to be processed by anaerobic digestion to produce power for homes is a far more sensible option than throwing it into the ground to cause pollution.”

BiogenGreenfinch takes household food waste from 12 local councils around the country and processes it to produce electricity for the national grid and a fertiliser for crops.

• BiogenGreenfinch owns and operates 3 food waste AD plants in the UK, Biocycle in Shropshire, Twinwoods in Bedfordshire and Westwood in Northamptonshire.

• These plants process a combined total of 90,000 tonnes of food waste each year to generate sufficient electricity for 6,000 homes continually for a year.