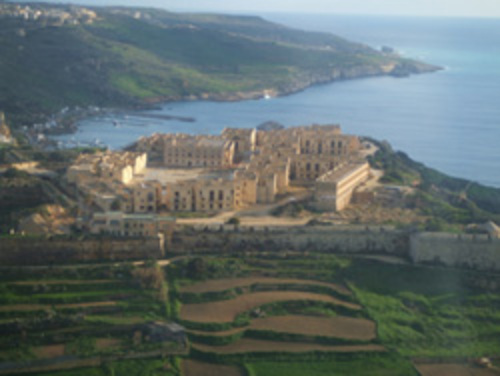 Film star Tom Cruise is reported to be looking for a property on the small Mediterranean island of Malta – where fellow film star Brad Pitt also has a home. Requirements apparently include six bedrooms, a swimming pool and a gym - as well as a 200 square foot living room!
A report in The Times of Malta suggests that he fell in love with the island when he visited Brad Pitt earlier this year. Mr Cruise who is currently promoting 'Ghost Protocol' is reportedly returning to Malta for filming at the end of 2012, but prefers to buy a property, rather than rent.

His arrival on the island takes place in a year when the European Film Academy Awards are taking place there. Malta is also beginning preparations to be the European Capital of Culture in 2018. The awe inspiring sea facing capital Valletta is a UNESCO World Heritage site.

Chelsea owner and Russian tycoon, Roman Abramovich's super motor yacht ‘Eclipse’ is one of those based on the island.

Tom Cruise’s decision to buy in Malta may have been influenced by Malta’s generous tax treatment of high earners and those in the performing arts says Ray Woods of www.maltabuyproperty.co.uk.

He continued, “The island does not have many natural resources, yet its economy is holding up well against the backdrop of the problems in the rest of Europe. Malta has always placed a heavy emphasis on culture. The Malta Government recently reiterated its commitment to the film industry by allocating a further 250,000 euros to its development – a sizeable amount for such a small island. The island has high levels of technical literacy and has been successful in attracting many from the digital arts field and recently widened the scope of its special residency taxation scheme to digital game directors, designers and academics who can benefit from 15% income tax rates.”

Ray is keen to emphasise however that you don’t have to be rich or a famous film star to enjoy life on this sunny Mediterranean isle.

He said, “Increases in flights to Malta have made it a destination for those on all levels of incomes. And from all countries – particularly those in Europe, the US, Scandinavia and South Africa. The low crime rate on the island is a key factor for many. Over 100,000 students a year come to Malta to learn English which is also taught as a joint first language throughout the school years. Malta is a mecca for those with an interest in diving, yachting and al forms of water sports. Property starts from around 100,000 euros and there are no annual property taxes. Favourable treatment is given to those wishing to set up companies or start their own businesses on Malta. Unemployment is amongst the lowest in Europe at just over 6% and home ownership amongst the highest. Healthcare is free to EU nationals and the island has one of the most modern hospitals in the Mediterranean.”

He adds slightly tongue in cheek, “Our typical clients’ needs may be more modest than Tom Cruise, but we still aim help them receive the film star treatment in finding THEIR dream home” No missions is impossible for us!"