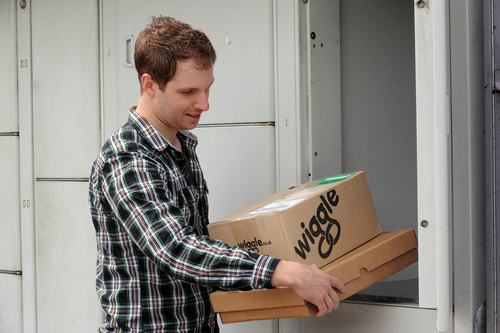 
Online shoppers are flocking to use a new service which frees them up from the inconvenience of staying in to receive parcels.

ByBox’ innovative myByBox.com service has seen business more than triple in its second year of operation as shoppers catch on to 24/7 shopping and collecting.

Instead of waiting at home or the office unlimited periods of time for a delivery, myByBox customers simply pick up their parcels from a locker box at a time convenient for them, after receiving a message alert from ByBox.

ByBox delivers parcels in the middle of the night, 365 days a year, including Bank Holidays and over the recent peak period has achieved an enviable success rate of 99.77%.

With more than 18,000 locker doors at over 1,500 locations in its expanding network, there is plenty of choice, and ByBox plans to invest £2 million installing extra banks of secure lockers at handy spots within the M25 London area such as railway stations and shopping centres. The company has recently signed a deal with Network Rail.

Stuart Miller, Chief Executive and co-founder of ByBox, said: “People who love internet shopping but hate waiting in for parcels love myByBox.com. It is perfect for busy people who don’t want to waste time hanging around for deliveries.”

Founded in 2000, ByBox is the market leader in deliveries to the field services sector, with a roll call of blue chip customers including Coca Cola, Comet and Konica Minolta, and has grown to become a £41 million company.

myByBox was launched in 2010. Customers select a box convenient to them and, once a delivery has been made, ByBox sends them a message with a code that will unlock their locker box.


This press release was distributed by ResponseSource Press Release Wire on behalf of Century PR in the following categories: Retail & Fashion, for more information visit https://pressreleasewire.responsesource.com/about.