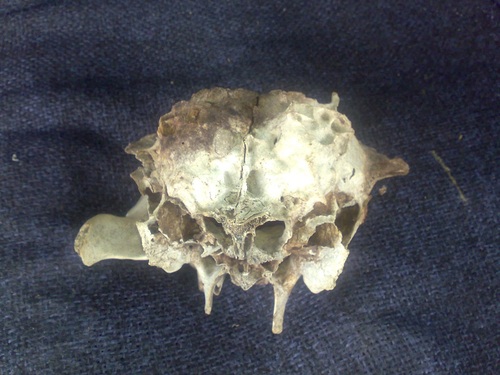 Proof of Reptilian Race here on Earth - New Exposé book by Knights Templar 'Hidden By Order' by Graham J Fothergill and Tim Dingle. Photos of Reptilian Skull. Revealed secrets of the Knights Templar, hidden for centuries for a reason, full of never before released truths about the Knights Templar, secrets of the pyramids, Magic and the Magi, Napoleon, Jesus’s face on the Sphinx, Priory of Sion, bloodlines and the Holy Grail, Da Vinci’s last supper, spiritual powers, how to see Angels, Devils and Draco (Dragons) and actual proof of ‘never before seen photos’ of a real reptilian skull, to mention just a few subjects covered in this exposé book. "The truth shall set you free".


"This book is about a journey of discovery, the secrets of the Knights Templar and is based on 15 years of truth seeking. When someone tells you anything that goes against the official ‘known’ history, or against our education or current knowledge, our instinct is to cling to the accepted point of view. Perhaps we should think further. How do we know that what we have been taught at school, college or university is true?"