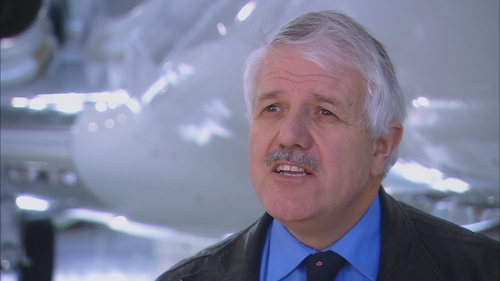 The film is being sent to every Lord, MP and aviation interested party to ensure everyone is aware of the serious consequences of failing to have properly created, science based, FTLs.

‘Pilot Fatigue’ is the story of the multi billion dollar global aviation industry transporting people around the world 24 hours every day, There is a very real and growing problem of pilot fatigue along with the all too real consequences when something does go wrong. 'Pilot Fatigue' lets you relive the consequences of a flight that was impacted by pilot fatigue. An experience you will never forget.

‘Pilot Fatigue’ explores the lives and hidden pressures of today’s commercial airline pilots and looks at the industry conflicting responses to an issue which if ignored can ultimately lead to catastrophic consequences that could affect anyone traveling by air today. The continued growth of the aviation industry to meet the demands of 21st century air travel cannot afford to ignore when a pilot is too tired to fly, make decisions and land your plane. While pilots globally are speaking out and demanding change, many in industry cannot see a problem. The consequences of disregarding this problem cannot be ignored.

“Aircraft from around the globe share busy UK airspace. Many aircraft come from countries with totally different crew limitations to those in the UK. Every aircraft flying today, anywhere in the world, should be flown by crews working to flight time limitations backed up by scientific research and not based on commercial economic needs. Pilot unions around the world have been raising the issue of Pilot Fatigue for many years. To ignore the message, sooner or later will again result in unnecessary loss of life.”