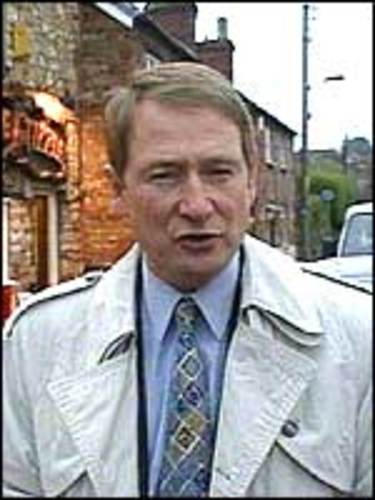 Steve Brodie, who has followed the Jo Yeates case, will look at the role of the police and the press in the controversy which followed Mr Jefferies' arrest

HARD PRESSED: This year Bristol NUJ expands its annual Benn Lecture into two events on the future of the media. Leading with the ground-breaking documentary Page One, the evening is topped off by some of the biggest hitters from the Leveson inquiry debating the future of press regulation in Hacked to Bits: The Benn Debate 2012. The event is co-produced with Bristol Festival of Ideas, supported by MediaAct and MediaWise.

Lord Hunt, chair of the PCC, will explain why he now thinks the PCC can be reformed under a new name, and we'll also hear from Christopher Jefferies about how he was hounded by the national press after the killing of Jo Yeates.

Steve Brodie, who has followed the Jo Yeates case, will look at the role of the police and the press in the controversy which followed Mr Jefferies' arrest.

Other panelists include reformed tabloid writer Richard Peppiatt, Hacked Off co-ordinator Thais Portilho-Shrimpton, and the chair is national NUJ President Donnacha DeLong.
Bristol NUJ has brought together a remarkable panel of nationally-known figures to debate these vital issues.

Thais Portilho-Shrimpton - co-ordinator of the Hacked Off campaign against phone hacking, she has kept a close vigil on the Leveson Inquiry and knows many of the key figures who have given evidence

Richard Peppiatt - a former Daily Star reporter, he has spoken out about how he felt obliged to make up stories and how he felt the Star had an anti-Muslim agenda

Page One: Inside the New York Times - a documentary
5.30pm Friday March 16th

First showing in Bristol of this remarkable fly-on-the-wall film about one of the world's great newspapers as it faces up to the challenges of a revolution in the needs of media consumers.

Every year since 2005 the annual Bristol NUJ Benn Lectures have brought together the public, the Bristol media community and a guest speaker of national distinction, in a chance to debate the most pressing journalistic and political issues of our times.

For 2012 The Benn Lecture Marks a momentous year for journalism with a debate featuring leading figures from across the journalistic world.

Bristol NUJ is the local branch of the National Union of Journalists, representing hundreds of members working in editorial media in the city - more than any other regional organisation. As well as representing and defending members, the branch sees its role as standing up for high-quality, independent journalism, and acting as the city's prime forum for discussing journalism.
www.bristolnuj.org.uk

The Bristol Festival of Ideas aims to stimulate people's minds and passions with an inspiring programme of discussion and debate, featuring figures of national distinction. It seeks to provide an annual festival of debate and discussion in May with special events through the year. Overall, it is keen to link arts and sciences. It does not shy away from controversial issues and speakers and seeks to engage widely in the city.

MediaAct is a comparative research project on media accountability systems across EU member states and the Arab world, using these as indicators of media pluralism. The UK part of the project is based at the University of the West of England with MediaWise.
http://www.mediaact.eu

MediaWise (formerly PressWise) is an independent journalism ethics charity based at UWE. Set up in 1993 by victims of media abuse, it operates on the principle that press freedom is a responsibility exercised by journalists on behalf of the public, and that the public have a right to know when the media publish inaccurate information.
http://www.mediawise.org.uk