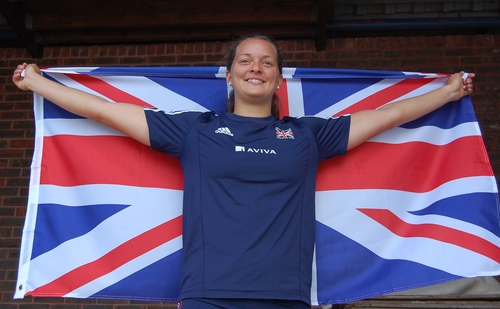 The athlete will compete against the world’s best throwers to fight for the Olympic title. She is currently ranked third best discus thrower within the Commonwealth countries.

Nicholls, who is based in Crawley, has been using Twitter, blogs and the local press in Sussex to promote herself and has been featured on BBC Sussex radio. DWPub will use its expertise and Media Suite services to help push her further into the media spotlight.

“We decided to sponsor Jade Nicholls in the Olympics when she reached out to local businesses for help,” said Daryl Willcox, chairman and founder of DWPub. “Jade is already using a blog and social media to keep people updated on her Olympic progress and we can help by ensuring she is getting the widest coverage possible.”

“I have been an athlete for ten years and this is the most important event to-date, especially considering the Olympics is taking place on home ground,” said Jade Nicholls. “DWPub will assist in improving my visibility in the media in the run up to July and August when I'll hopefully be on course to win a medal for the UK.”

This press release was distributed by ResponseSource Press Release Wire on behalf of ResponseSource in the following categories: Sport, Media & Marketing, for more information visit https://pressreleasewire.responsesource.com/about.