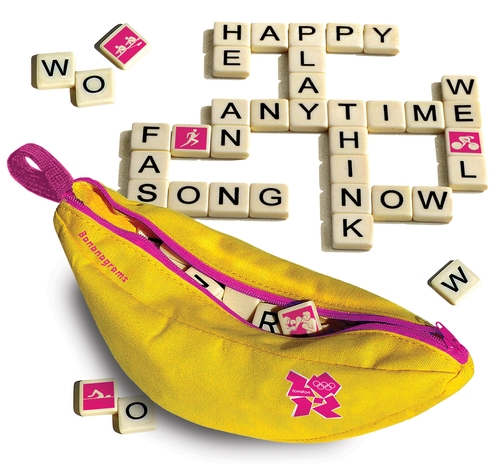 Winning Moves has announced the launch of a London 2012 edition of the word game Bananagrams. The London 2012 version stays true to the classic game while including five additional coloured ŌĆ£jokerŌĆØ tiles featuring various Olympic sport pictograms.

Bananagrams is a fast and fun anagram tile game that requires no pencil, paper or board. It comes in a small portable banana-shaped pouch and is perfect addictive play for kids age seven to 107 at home or on the go. Players race against each other to build crossword grids and use all their letter tiles.