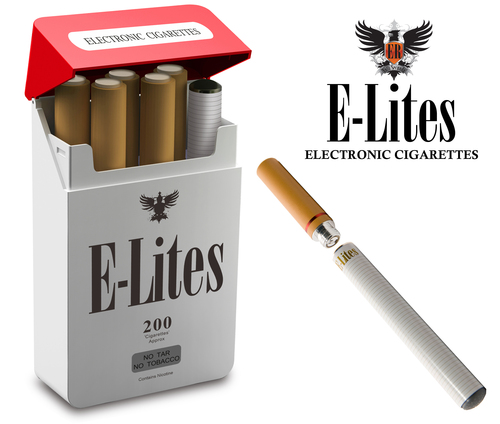 World Vaping Day takes place for the first time today (22nd March) and the UK’s leading electronic cigarette brand is joining in with celebrations of the fast-growing trend.

Increasing numbers of smokers around the world are switching to ‘vaping’ – the term for using electronic cigarettes, which produce a steam-like vapour instead of nasty-smelling smoke.

As the UK’s most recognised electronic cigarette brand, E-Lites is at the forefront of the ‘vaping’ trend, which offers smokers a healthier, cheaper and legally unrestricted alternative to tobacco cigarettes.

To mark the occasion, E-Lites has unveiled a brilliant video which sees some of the biggest stars from Hollywood’s golden age enjoying E-Lites instead of regular cigarettes. It can be viewed here.

Record numbers of smokers are switching to electronic cigarettes to avoid damaging their health, according to a recent survey by E-Lites.

Of the 500 E-Lites buyers surveyed, 69% said they first tried the products for health reasons. Additionally 34% said a primary motivation for switching was to save money, while 19% cited the ability to smoke in public as the key factor and 16% pointed to the absence of nasty smells.

Sales of E-Lites have reached record levels in the early part of this year, on the back of a four-fold increase in 2011.

E-Lites contain a nicotine solution that users inhale as a vapour, recreating the satisfaction of a traditional cigarette but without tobacco, tar and other toxins. Successive studies have shown these products to virtually eradicate the harm caused by smoking.

An additional advantage is that E-Lites are significantly cheaper than cigarettes, offering a typical 20-a-day smoking a saving of around £162 per month, for example. Furthermore, the products are legally unrestricted for use almost anywhere, since they produce no smoke, no nasty smells and present no passive smoking issues.

E-Lites co-founder and director Adrian Everett said: “World Vaping Day is a fantastic opportunity to make more smokers aware of the advantages of vaping as opposed to smoking. Our products have introduced a new ‘harm reduction’ option for those who are struggling to quit completely, or simply don’t wish to. We’ve developed a reliable, safe and satisfying alternative that has numerous advantages over regular tobacco cigarettes, and 2012 is set to be our bigger year yet.”

E-Lites (www.e-lites.co.uk) was established in the UK in 2007 and is already a leader in its field, producing some of the most advanced electronic cigarettes on the market. The company is expanding nationally and internationally as demand grows for its innovative products.