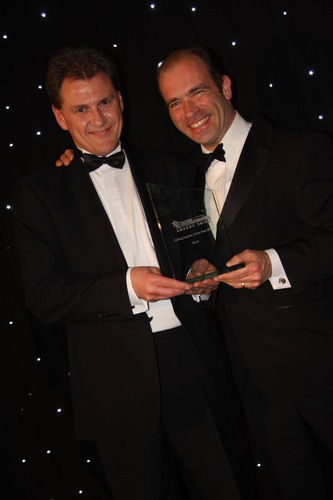 Excel Networking Solutions, the copper and optical cabling infrastructure provider, has been voted as Cabling Supplier of the Year for a second year running in the highly respected Network Computing Awards 2012.

The Network Computing Awards, which took place on 22nd March in London, have been running for 6 years and are particularly meaningful as they are voted for by the readers of Network Computing magazine - the people who use the products every day. They were set up to recognise the companies, products and services in the industry that have most impressed the readers.

Excel beat off stiff competition from Brand-Rex (runners up), TE Connectivity (formerly Krone), Belden, Nexans, Panduit and Systimax to take the award for a second year.

Andrew Percival, Managing Director, says, “Winning Cabling Supplier of the Year for a second year is a great achievement and we’re very thankful for all those that voted for us.” Andrew continued “Back in October 2011 we decided to give the Excel brand a complete re-fresh which not only improved the look and feel of the system but has really helped to position Excel as a leading player in the market place. Winning accolades such as the Network Computing award helps to reinforce this message and further demonstrates the considerable strength of the system.”

The award was collected on the evening by the Directors of Sales for the North and South, Ian Irving and John Twidell respectively.

For more information about Excel go to www.excel-networking.com.