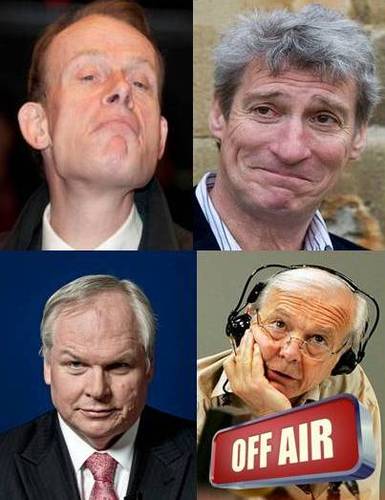 Friday 30 March, 2012, UK (NATIONWIDE) – The UK’s two largest Public Relations unions, the Federation of Online Lobbyists and the Association of Public Relations and Information Lobbyists today announced a week of industrial action designed to highlight their grievance over working conditions for their members and their treatment by the press.

From Sunday, the PR industry’s 50,000 UK professional practitioners including lobbyists and spin merchants will down tools. Analysts predict newsrooms throughout the land will grind to a halt as striking PRs fail to email press releases, research story angles or insert interview slots into spokespeople’s diaries. No news at all is expected from Downing Street, headed by former Carlton PR executive, David Cameron, until midday 8th April.

The dispute centres on a ‘complete lack of respect’ for the vital role PRs have in delivering factual news to ever-growing readerships, broadcast audiences and Social Media followers. The week-long protest comes in the light of weeks of nationwide ridicule by journalists and bloggers which included a ‘Wall of Shame’ and a derisory Twitter meme (#prsongs) which saw the microblog misused for open mocking of the PR profession which contributes to the UK economy.

Avril Lefou, founder of the Association of Public Relations and Information Lobbyists, reasoned: “Recent events have forced this unprecedented move by our members. For too long, our members have pitched some of the most unique fodder to ungrateful newsgatherers. Some of these so-called professionals frequently ignore perfectly newsworthy yarns. While perfectly happy to accept press trips and samples, our comrades in news are not putting pen to paper, finger to tablet or phone to ear as we believe they should. We have no option, but to retaliate and withdraw our labour.”

Local protests have been planned up and down the country which will see the printing presses of Manchester grind to a halt, the IPad screens of Hoxton blank and even the world famous BBC flagship Today programme without its trademark shouting matches – a move some predict will see the early retirement of Splott-born John Humphrys.

There is however some good news, rival unions, the Foundation Openly and Objective Lobbying [FOaOL] estimates a saving of electricity from reduced latte consumption, as well as much faster download times for Facebook, Pinterest and other vital PR-related websites. Follow it on #prstrike