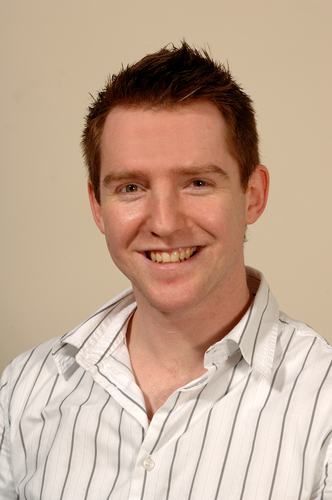 Dr Steven Turner, VP of IT optimisation at Intergence, has outlined how a data centre power and cooling strategy can optimise cost, performance and environmental efficiency.

Analysts Gartner have predicted that hardware spending on data centres will increase to $106 billion (£66 billion) this year, rising beyond $126 billion (£78.6 billion) by 20151 and it is also predicted that eventually the majority of small to mid-size data centres will be consolidated into these large and very large (mega) data centres. These consolidated centres can often cover 100,000s of square feet of floor space resulting in significant power and cooling requirements.

“Virtualisation, although initially reducing demand for power and cooling, will ultimately put an extra burden on data centres as server hardware becomes more powerful and more densely packed within the confines of the building. Power and cooling requirements for a fully loaded, but virtualised, data centre will be much higher than for previous, lower density environments, as more powerful equipment is packed in. Densely packed, physical servers hosting many virtual servers tend to be stored in ways that can create localised ‘hot spots’ due to a lack of airflow causing systems to overheat.”

“The trend for optimising data centre power consumption will continue, driven by the rise in energy prices and pressure to reduce carbon emissions. So what can the average enterprise-level user do to reduce their data centre power and cooling requirements? A simple solution would be to migrate to a cloud-based hosting provider. The UK government has already embraced this idea for their G-Cloud services to help achieve the efficiencies of data centre consolidation.”

“Another solution is allowing IT equipment to run at higher temperatures. Recently a number of organisations have realised that computer systems can be run in a stable configuration at considerably higher temperatures, reducing the need to cool to sub 20C temperatures. eBay is one such pioneer with their recent Phoenix (Arizona) data centre that has seen their servers running at up to 48oC at full load and using a hot water cooling system which could deliver much greater cooling efficiencies than with standard air conditioning units. “

“One caveat however is that they specifically selected server hardware which they knew could tolerate the higher temperatures, although this may not be suitable for co-located environments with many different hardware vendors”.

1. Migrate to a cloud-based infrastructure - let someone else take the strain

2. Allow IT equipment to run at higher temperatures where possible

3. Use novel cooling means such as hot water systems, rather than traditional air conditioning

4. Make more efficient use of rack space to ensure adequate airflow including hot and cold aisles

5. Virtualise servers where possible to reduce the number of physical servers in the data centre

Intergence is exhibiting at the IDC event ‘Evolution of the Datacentre Conference’ on Tuesday 22 May, 2012. For more information, click here.

About Dr Steven Turner
Steve Turner is the VP of IT Optimisation at Intergence. He specialises in Network Optimisation and has successfully completed a large number of optimisation projects for clients in both the public and private sector. Steve is Cisco CCNA and CCNA security certified and is currently studying CCNP. Steve has gained a BSc (Hons) in Computer Science from the University of Warwick, and an MSc in Network Systems from the University of Sunderland. He has also completed a PhD using genetic algorithms in conjunction with parallel processing to produce a multi-utility network optimisation tool.

About Intergence
Intergence (www.intergence.com) is a leading independent IT Optimisation Consultancy, headquartered in Cambridge, UK, with a regional office in the Middle East (Dubai, UAE) and was founded in 2003 to address the growing requirements of clients demanding high-level impartial expertise in networks and IT.

The company has recently (February 2012) been announced as one of the suppliers of the UK Government’s cloud computing procurement initiative, G-Cloud. The framework will feature services divided into four segments, with Intergence forming part of the specialist cloud services.

Our close relationship within the Cambridge academic community enables us to innovate in partnership, rapidly incorporating the latest technology advances into our products and services.
Intergence operates over two distinct lines of business; people and performance. Our expertise and knowledge within the field allows us to resource the right people in the right place, getting your IT projects completed quickly and hassle free. Utilizing world first products and professional optimization services, Intergence has a clear and common purpose- to improve performance and extract more value from your IT infrastructure.
Follow Intergence on Twitter