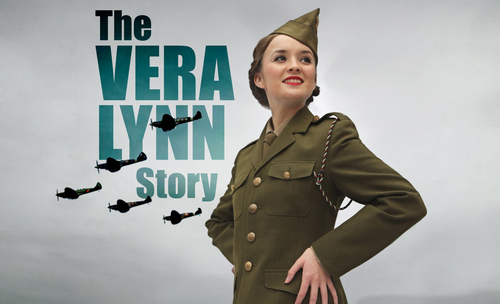 The Show Cast entertainment team at UK holiday parks operator Away Resorts is taking a step back in time to the 1930s, ‘40s and ‘50s to mark St George’s Day by staging the world premiere of The Vera Lynn Story – the first-ever musical and theatrical tribute to forces sweetheart Dame Vera Lynn.

The show, which has been in rehearsals for a number of months, will be performed as part of a four-day Remember When? Midweek Showbreak at Away Resorts’s Mill Rythe Holiday Village on Hayling Island, which kicks off on St George’s Day.

Away Resorts creative director Max Barraclough a top creative team  to help stage the show, which charts the life of Dame Vera Lynn from a young, up-and-coming band singer before the war to her career as radio presenter and popular war-time singer performing for the British armed forces in Burma during the Second World War. "It was about the songs, they meant something. We want the show to remind people how important these words and melodies were to the British people during the war," says Max.

Talking about the lengths that the creative and entertainment team at Away Resorts have gone to for this production, Max says: “This is the first time a holiday park in the UK has brought theatre into what is traditionally seen as a cabaret arena, and we have gone to great lengths to ensure that this will be the ultimate tribute to Dame Vera Lynn and her key role in keeping the troops' spirits high. Radio played such a pivotal role during the war-time era, and Dame Vera was an essential part of this.

“We have pulled out all the stops for this show, sourcing original 1930s and 40s props, including vintage radios, decommissioned Enfield No 4 rifles and WW2 British Army Khaki Drill uniform sourced from as far a field as California and enlisting the help of the UK’s number one vintage blogger Retro Chick Gemma Seagar and vintage stylists Historical Sauces with costumes, make-up, hair, etc."

"The Vera Lynn Story is the first-ever stage tribute to the forces sweetheart and will include special moments from the era and will aim to celebrate Britain coming together.  We have been in touch with Vera Lynn's agent and are hoping she will come to see the show," says Max.

"We are planning to take the show on the road to our other holiday parks in Tattershall Lakes, where it will be performed on an outdoor stage. Also, with its proximity to RAF Coningsby, we hope to time the show with the World War II memorial flypasts."

The show will be performed by Mill Rythe's Show Cast and resident musicians at the holiday village on Hayling Island on April 23 as part of A Remember When? Midweek Showbreak, which will be celebrating everything that is great about England. Prices start at 109 pounds sterling per person for four nights’ half-board.

The break will include Mill Rythe’s own Last Night of the Proms capturing the patriotic spirit of Britain, a complimentary English cream tea on arrival, a toast to England is served pre-dinner with a choice of Mead, English beer or apple juice, with the evening meal featuring a traditional Hog Roast taking centre stage of the restaurant.

As part of its plans to celebrate the nostalgia of times gone by this year with the all new adult exclusive Remember When breaks, Away Resorts is also staging a Sisters of Swing, a musical tribute to the Andrews sisters, featuring the Sid Lawrence and Geoff Hooper big bands.

The holiday village is also hosting a Military Heroes weekend for the first time. Mill Rythe has previously hosted events and weekend breaks for ex-service men and women such as the Wrens, Algerines Association, Normandy Veterans' Association, the Landing Craft Association, Landing Ship Tank and the RNA. This year there will be a seven-day break, beginning on September 17, for former members of the armed forces that will be a celebratory journey through the wartime era, and will include the Vera Lynn Story.