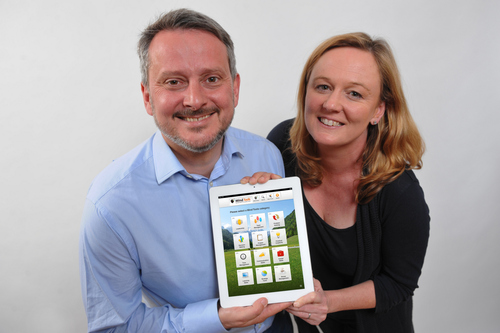 We’re in the business of helping other people achieve excellence – so to be honoured for our own business excellence is particularly satisfying.

An online business training firm whose website is used by 15m people a year in 129 countries, has today (21st April 2012) been awarded Britain’s highest business honour – a Queen’s Award for Enterprise for its achievements in International Trade.

MindTools.com, whose UK base is in West Sussex, offers over 1,000 online leadership, management and career development resources to busy professionals and corporate clients around the world. Last year more than 80% of the company’s sales came from overseas. The company has just 7 UK employees and 22 staff worldwide.

Customers of Mind Tools include 10,000 individual consumers as well as large corporate clients such as TomTom in the Netherlands, financial services company RBC Dexia in Luxembourg and Canada, and pharmaceutical giant Boehringer Ingelheim in North America. Mind Tools also works with government agencies in several countries including the UK, the US, Canada and Australia.

Mind Tools offers hundreds of high quality articles for free, which people can access via the website, a weekly email newsletter, or dedicated iPhone and iPad apps. Individuals and companies who take a subscription to the Mind Tools Club gain unlimited access to a wider and richer set of training resources, which includes articles, workbooks, videos, and podcast interviews and book reviews.

James Manktelow, Founder and CEO of MindTools.com, and author of seven books on leadership and team management, comments:

“We are incredibly proud to be amongst today’s Queen’s Award winners. We’re in the business of helping other people achieve excellence – so to be honoured for our own business excellence is particularly satisfying. We have no doubt that our Queen’s Award will give the business a tremendous boost both here and overseas. We have fantastic team of people here at Mind Tools, and this is really great recognition for everyone’s hard work.”

“Our aim is to equip business people around the world with all the skills and training they need to make the most of their lives and careers. 450,000 people are signed up to our weekly e-newsletter, and 250,000 have downloaded our mobile apps since we launched them last year. The business has grown largely through recommendation, and our Queen’s Award will really help cement our global reputation.”

Announced annually on 21st April, The Queen’s Awards for Enterprise are widely regarded as the UK’s top business accolade – the equivalent of a knighthood for companies. Winners are entitled to use the coveted Queen’s Award Emblem in their marketing for 5 years as a marque of their success. Each winning company is presented personally with a trophy by a representative of Her Majesty at a ceremony at its offices later in the year. Winners are also invited to a reception at Buckingham Palace.

“The Queen’s Awards for Enterprise are the highest accolade a business can receive. The standard of this year’s winners highlights the great work taking place by businesses of all sizes to help boost the growth of the UK economy. I hope that it will inspire more entrepreneurs to start or grow their business as we look to make 2012 the year of enterprise.

“It is a fantastic achievement for all of the businesses that have received an award and I would like to congratulate them on making such a valuable contribution across all business sectors.”