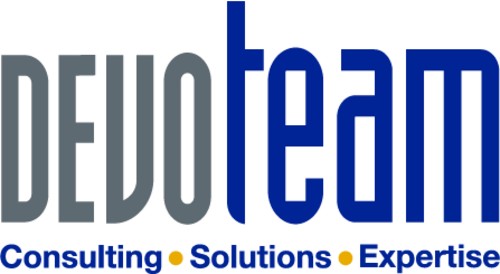 Devoteam Publishes its Annual European Green IT Survey for 2012

Devoteam Publishes its Annual European Green IT Survey for 2012

London, 2nd May 2012: Devoteam, Europe’s No.1 ICT consultancy, has just released the results of its third European annual survey dedicated to Green IT.
With 270 organisations from 22 countries taking part amid collaboration from a number of partners, the results reveal greater awareness around Green IT with some fascinating insights.

The size of organisation and the nature of its business issue are clearly key factors impacting the decision whether to turn IT green; 82% of larger organisations (10,000+ employees) have already initiated a Green IT programme, yet the figure drops to 44% for SMEs (under 100 employees).

Claire Allain, a Consultant for Devoteam, believes Green IT is often driven by top management: “Progressively, Green IT is gaining visibility in every organisation. The challenge is to expand its scope, its ambition and to make the workforce aware of it. To be a real success, senior management has to sponsor this initiative and promote a sustainable vision.” An example of a sound practical initiative to reduce cost and waste of electricity is the re-assignment of the bill, usually owned by general services, to IT services.

For Cloud Computing the survey reveals that it will only become green if it is designed and managed in an eco-responsible way and achieves maximum shared use. To aid this quest, datacenters report a 7-point increase (55%) for server virtualisation and a 9-point increase (28%) for electricity consumption control.

Solutions also abound to reduce energy consumed by workstations. In the UK, 41% of the organisations asked have implemented one by comparison with 43% in Germany and in stark contrast to only 19% in France.

On waste management (WEEE) the survey shows that office printing as an issue has largely been resolved, with Germany topping the table in terms user awareness of good practice. Increased use of recycled paper has risen from 27% in 2011 to 36%. That said, 69% of the surveyed organisations still do not know how much waste they generate!

On distance working, 64% of respondents use audio conferencing and 53% video conferencing – a most encouraging result given that the WWF has found that 50% of organisations’ CO2 emissions come from business travelling. On average, working from home two days a week could lower an employee’s carbon footprint by 10%.

Alan Greenberg, Managing Director of Devoteam UK concludes: “Devoteam’s European survey confirms the progress achieved by Green IT within organisations of any size. However, specific challenges such as WEEE and datacenters with Cloud Computing remain. Importantly, Green IT is no longer perceived as a cost reduction initiative, but more than ever one where development strategy and corporate responsibility align closely.”

OFFER: for a copy of the survey results please contact Mike Richardson on 020 7288 2827 or at mike.richardson@devoteam.com.

About Devoteam
Founded in 1995 and listed on the Paris Stock Exchange, Devoteam is Europe’s No.1 ICT consulting group and leading independent specialist in IT Service Management. With operations in 23 countries across EMEA and 5,000 employees, Devoteam achieved a turnover in 2011 of €525m.