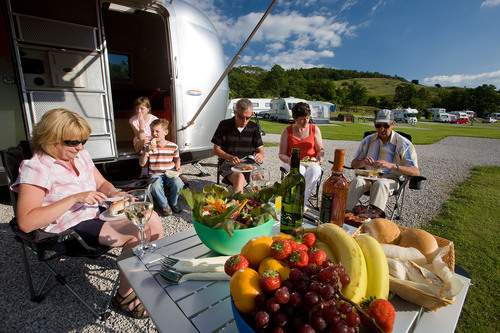 Many families will be packing more than suitcases into their cars for this year's summer holidays - they will also be making room for grandma and granddad.

That's the finding of a major holiday parks group, Best of British, which reports a growing trend for couples with kids to join up with grandparents for holidays.

Although the move helps spread holiday costs, says the group, many families are also motivated by wanting to spend quality time together outside their busy working lives.

The growth of three-generation holidays has been pinpointed by Best of British among the 50-plus independent holiday parks in its membership.

Many parks say their 2012 bookings show that a record number of holidays this year will be taken by extended family groups going away together.

Best of British chairman Claire Jeavons says that although pressure on household budgets is a likely factor behind the trend, there were other good reasons to team-up with gran and grandpa:

"Now, though, British stay-cations are gaining ground, and families are using the opportunity to come together and enjoy each other's company in neutral territory away from home.

"As well as sharing the expenses, it also means mum and dad have a built-in child care service so that they can make an occasional escape and be just a couple again," she added.

Parks belonging to the group, said Ms Jeavons, are mainly family-owned businesses at the top end of the holiday parks market, and were often quick to spot changing dynamics.

"Our experience is that a wide range of ages creates the most relaxed atmosphere for everyone," said Ms Jeavons who helps manage her family business of Beverley Holidays in Paignton, South Devon.

Members of Best of British can be found throughout the UK, and variously provide caravan holiday homes and lodges, plus pitches for touring caravans, motorhomes and tents.

More information can be found on-line at www.Bob.org.uk