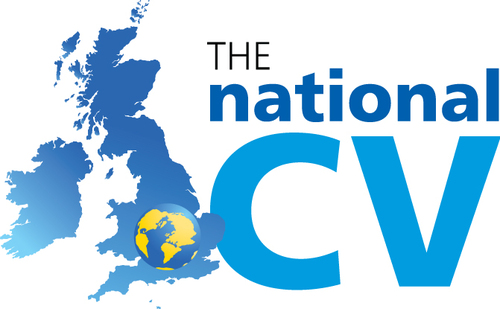 The National CV is a short history of Britain

Today (21 May) a major new initiative, ‘The National CV of Britain’, highlighting all that Britain has achieved was officially launched at an event hosted by BT on the revolving deck of the BT Tower.

The National CV is a short history of Britain, which in its briefest form covers two sides of a single A4 sheet of paper or the electronic equivalent. The CV is inspiringly upbeat, yet rigorously accurate. It is forward looking, inviting the nation to ‘apply for the future’. In this year of the Diamond Jubilee and the Olympics & Paralympics it is felt especially timely to celebrate the story of the Influential Islanders.

The National CV is believed to be the world’s first of its kind, so is a pioneering document in its own right. It has been created by a passionate group of citizen-scholars from multiple fields to inspire the nation and impart a more buoyant sense of belonging. As they say of themselves, ‘Our brief was to be brief’. Their work is informed with the unique visual language of highly original artist Frank Xerox and has its own original soundtrack by Steve Sharples, one of Britain’s leading contemporary composers.

BT sponsored the group to produce a version of the CV suitable for young people and the result is The Young Citizens’ National CV of Britain. This will be made available to schools as a digital two-pager with supporting resources for teachers. Supporting the claims in the CV is a vast ‘CVpedia’ database on a freely accessible website (www.thenationalcv.org.uk)

At the launch event, Dr John Hart, director of The National CV Group, and the other members of his team wore boaters (straw hats), as though on a pleasure cruise. Dr Hart gave a detailed description of The National CV Project. The National CV Group claim that Britain has made the most disproportionate contribution to civilisation of anywhere on Earth, whilst having under 1% of the world’s people at any given time in history. The keynote of the project is pioneering, Dr Hart said, which is displayed far earlier in British history than is commonly appreciated and across vastly more fields of human endeavour.

Dr John Hart said: ‘In this Jubilee & Olympics year the international spotlight will be upon us and we will need the utmost in self-belief. Self-deprecation, false modesty and understatement should be sent down a figurative flush toilet – the real thing was invented here of course, in the reign of Elizabeth I - in favour of inspiration and a more buoyant sense of belonging, which is our modern take on patriotism.’

Dr Hart added: ‘We had an advanced Megalithic Culture before civilisation got going in Sumer and Ancient Egypt; we have chalk hill figures like the Bronze Age White Horse at Uffington which are unique in the world; we have our own Noah’s flood story in a body of literature called the Welsh Triads; and we have an ancient king called Bladud who apart from founding the baths at Bath in the 800s BC, aeons before the Romans, made himself a pair of wings and flew to his death in them. We pioneered the sacking of Rome in 390 BC, invented Druidism and were the key players in the birth of Christendom, via the first Christian Roman Emperor Constantine, who was half-British by dint of his British Christian mother Helen.

‘There are claims from historians of old that King Arthur put the ‘Merry’ into ‘Merry Christmas’, when he gave his overwintering troops in York permission to revel at Christmastide, while waiting for the next bout of fighting against the Saxons. Britain has an extraordinary record of pioneering accomplishment across the sciences, technology, literature, the arts and any number of other fields of endeavour. How many people know that Alcuin of York came up with the rules for writing sentences and paragraphs that are still used today worldwide? That was in AD 789.’

‘We were the key nation in the development of the modern world, bar none: one thinks of the scientific revolution (founding of Royal Society in 1660), the industrial revolution, the second agricultural revolution, the beginning here of the Age of Reason (Isaac Newton, John Locke and the coming of constitutional monarchs William & Mary), as well as constitutional monarchy and parliamentary democracy. We discovered all of the three main subatomic particles (i.e. proton, neutron, electron) and a quarter of the elements of the periodic table – including the most abundant element in the universe, hydrogen, and life-giving oxygen - while also splitting the first atom, naming the Big Bang and postulating antimatter, which has been found, and the Higgs bosun, which may or may not have been found. We decoded 31% of the human genome. We produced the first meteorological classifications of the clouds and wind.’

‘One recollects pioneering exports of tin (Bronze Age), wool (Middle Ages), coal (Industrial Revolution) and oil & gas (recent era), and one brings to mind Shakespeare, Jane Austen, Dickens, Darwin and a host of other innovative scientists, plus rivetting tales of Robin Hood, Lady Godiva, 007 and Harry Potter, pausing along the way to contemplate our invention of the elastic band, the fire extinguisher, the lifeboat and the anglepoise lamp. Yes, we did all this – and there’s more to come, be assured!’

The National CV group have identified anniversaries in 2012 that tell the nation’s story:
• 60 years ago: Queen Elizabeth II (b1926) ascends the throne in
1952; Britain has the greatest tradition of queens regnant in the
world and the greatest tradition of monarchy; Winston Churchill
is prime minister; he had led Britain through its - and the world’s
- greatest trial in the modern era, the Second World War
• 100 years ago: stainless steel is invented by Henry Brearley in
1912, when he added chromium to reduce staining and corrosion;
death of Scott of the Antarctic - Britain has the greatest history
of exploration and discovery of any nation; birth of Alan Turing
(1912-54), the father of computer science and artificial
intelligence; his work helped Britain develop the world’s first
functional electronic computer in 1943, for wartime code
breaking
• 200 years ago: the first commercial use of steam railway
locomotives is by Mathew Murray & John Blenkinsop at a colliery
in 1812
• 300 years ago: Thomas Newcomen improves the steam engine,
1712; in the same year John Arbuthnot invents a national
personification, bluff country squire John Bull, who came to
feature a Union Jack waistcoat
• 350 years ago: sparkling wine is invented by Christopher Merret in
1662 (Dom Perignon’s own activities in this line in France, date
to 1668 at the earliest)
• 400 years ago: four centuries before the coming of the London
2012 Olympics the Cotswold Olympicks is started in 1612 by
Robert Dover; the first modern games was held at Much Wenlock,
Shropshire in 1850; it was organised by Dr William Penny Brookes
(1809-95), founding grandfather of the modern Olympic Games
and inspirer of Baron de Coubertin, the father of the Olympic
Games, who put on the Athens Olympiad of 1896
• 500 years ago: the world’s first modern navy is founded by Henry
VIII, where his warships are dedicated gun platforms rather than
conveyances for armies to have battles afloat; Henry uses his
new navy in 1512 to beat the French at the Battle of Brest
• 1000 years ago: Archbishop of Canterbury St Alphege (954-1012)
is murdered by Vikings