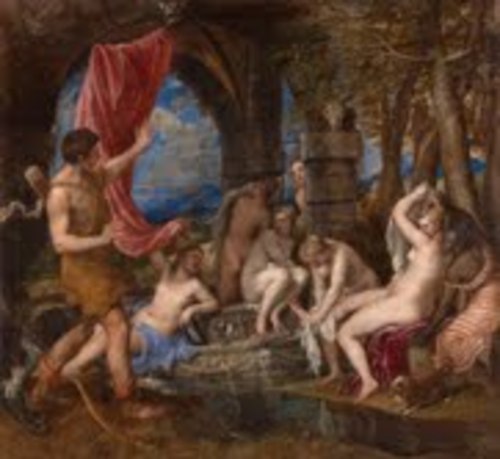 Visitors to National Museum Cardiff on their UK family holiday have a unique opportunity to see one of the most important paintings of the Italian Renaissance this springtime. Titian’s famous painting ‘Diana and Actaeon’ will be coming to Cardiff on a tour from the National Gallery, London and will be displayed from 19 April – 17 June 2012. There will be a late night opening at National Museum Cardiff until 7.30pm on Thursday 19th April for visitors wishing to view the acclaimed 16th-century Venetian masterpiece.

The extraordinary painting soon to be on show at the National Museum Wales is jointly owned between the National Galleries of Scotland and the National Gallery, London and was acquired for the nation in 2009 for £50 million made possible with the generous contributions from private and public donors. The painting is one of the artist’s finest creations – remarkable for its ambitious scale, masterful unity of colour, subject matter and excellent condition.

'Diana and Actaeon' is one of six large-scale mythologies inspired by the Roman poet Ovid, which Titian painted for King Philip II of Spain. Titian began the picture and its companion ‘Diana and Callisto’ (which was last month purchased for the nation after a £45m deal was agreed with owner the Duke of Sutherland) in 1556, the year of Philip’s coronation. Spurred on by the prestige of royal patronage, he unleashed all his creativity to produce works of unprecedented beauty and inventiveness.