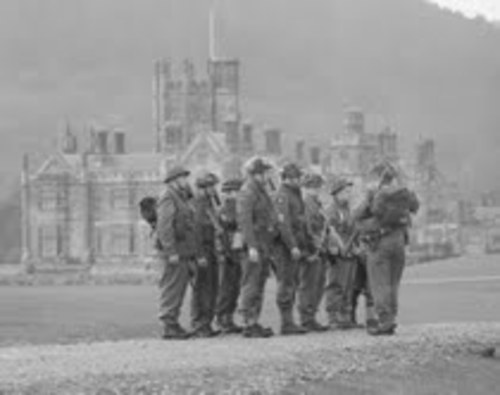 Defence of Blaenavon is a new World War II event being organised by Cadw and the South Wales Borderers WWII re-enactment group. The event, a great family day out, is to be held at the Iron works in Blaenavon- a world heritage site and formerly used by BBC Wales to film ‘the Coal House’ series.

Various re-enactment groups are attending the event to offer an authentic WWII experience, with a German paratrooper contingent on site to provide the tension and anxiety of the era, culminating in a small mock battle. On a lighter note, the talented Rhian Griffiths will be entertaining us with her beautiful singing to which the 40’s Home Front re-enactors will try and sing along! A great family day out during your holiday in Wales.

The event is open to the public between 10am and 4.30pm each day and no admission fee is being charged but any donations to the ‘Help for Heroes’ charity, who will be present on site, would be gratefully received.

Blaenavon is a town and World Heritage Site in south eastern Wales. Blaenavon grew around an ironworks opened in 1788, part of which is now a museum. The steel-making and coal mining industries followed, boosting the town's population to over 20,000 at one time, but since the ironworks closed in 1900 and the coal mine in 1980, the population has declined.