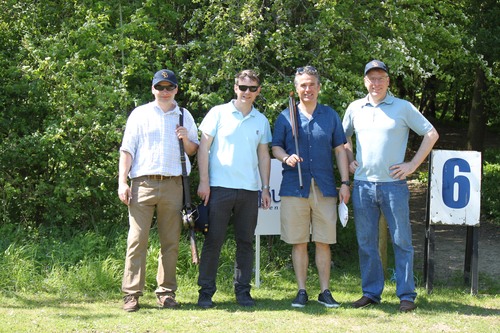 £56,512 was raised on the day for the Heaton-Ellis Trust to fund research into discovering causes and cures for motor neurone disease

Opus Energy, a business-to-business energy supplier, sponsored a one-day shooting event last week which raised over £56,000 for The Heaton-Ellis Trust, a charity set up to fund research into a cure for motor neurone disease.

The 4th Heaton-Ellis Shooting Challenge was held on Friday 25th May 2012 at The Royal Berkshire Shooting School where 23 teams took part in 10 competitive clay pigeon shooting drives. An auction was also held, with prizes including: a day’s entertainment at the British Grand Prix, a 4-night skiing and polo trip in the snow at Klosters, a track day at Silverstone racecourse, tickets to the Paralympic Games at the Olympics, a helicopter lesson, and rugby tickets to the Autumn Internationals at Twickenham.

Through Opus Energy’s sponsorship of the event, £56,512 was raised on the day for the Heaton-Ellis Trust to fund research into discovering causes and cures for motor neurone disease, led by Professor Christopher Shaw at King’s College London.

For every £1 that was raised a further £3 will be contributed by the Motor Neurone Disease Association (MNDA), the Amyotrophic Lateral Sclerosis (ALS) Association, and the Medical Research Council (MRC) in the gene hunting effort.

Christopher Shaw, Professor of Neurology and Neurogenetics, commented: “Money from the Trust is helping fund research into the genes that cause motor neurone disease. This means that my team can stay focused on their vital research, with the ultimate aim that one day we will find a cure for this devastating disease.”

Opus Energy’s management team has a 50 per cent stake in the business, while International Power Plc (LSE:IPR.L) holds 30 per cent and Telecom Plus Plc (LSE: TEP.L ) has 20 per cent.