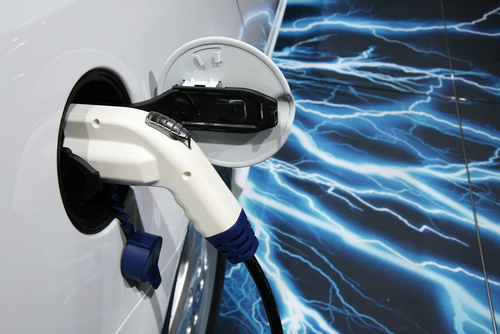 They may represent our motoring future, but only two per cent of people are likely to buy an electric vehicle (EV) in the next five years according to a new survey.

Despite Department of Transport claims that 2011 would be ‘the year of the electric car’ - offering hefty subsidies and advising councils to plan for an electric future - just 1,000 of the battery-powered vehicles were sold in the UK last year.
And when specialist car insurance broker Adrian Flux asked 1,000 of its customers how likely they were to buy an EV in the next five years, just two per cent were seriously considering swapping the petrol pump for the charging point.

Nearly 70 per cent ruled out a switch entirely, with the remaining 28 per cent firmly in the wait and see camp.
While most of us agree that petrol and diesel-powered cars are unsustainable in the long term, it seems few of us are prepared to buy a car we feel has a high purchase price, limited range, long recharge times and questionable resale value.
However, the electric revolution is still charging forward despite the lukewarm appetite of the British people.
Last month, 60 charging points were opened in Oxford, making the city the EV capital of Europe with one charging point for every 2,400 people, the best ratio in the EU.

London has 654 charging points – the most in Europe – and British cities dominate the top 10 list of electric-friendly locations in the continent.
New charging stations will recharge an electric car battery in four hours, slashing previous charging times by 50 per cent, and future charging points could cut this time to just 20 minutes.

There will also be almost 30 new models of electric or hybrid car brought to market in the next 18 months, with BMW preparing to launch its first “all electric” cars, the i3 and the i8, Ford unveiling the Focus Electric and Vauxhall premiering the Ampera, which has a small petrol-fuelled generator that extends the range of the car to 360 miles.
Expense is still an issue, however, even with the £5,000 government grants available for electric car buyers – the Ampera will cost £29,995, but drivers will benefit from considerably lower running costs.

Industry figures suggest that by 2020, five per cent of vehicles on the road could be electric.
Gerry Bucke, of Adrian Flux Insurance Services, explained that people’s reluctance to switch to electric cars was often related to the perceived “hassle” of owning a vehicle which relied on charging.
“People are worried that they can’t just ‘drive and go’ and that they will have to plan ahead depending on how far they plan to travel each day and the ‘range’ of their car,” he said.

“Presently, a domestic charge at 240 volts on a 13 amp socket could take between six and 10 hours to fully charge an electric car, although this will change significantly as technology improves.
“Although the majority of people’s car journeys are short, they still want to know that – if they choose – they could travel long distances in their car without having to worry about finding a charging station.
“There are options available, such as range-extended electric cars with petrol or diesel generators to provide extra electricity and hybrid cars which recover energy from the movement and braking of the car.
“In insurance terms, insurers still have reservations about electric cars mainly based on their cost and the disposal of the batteries, which can push up premiums.”