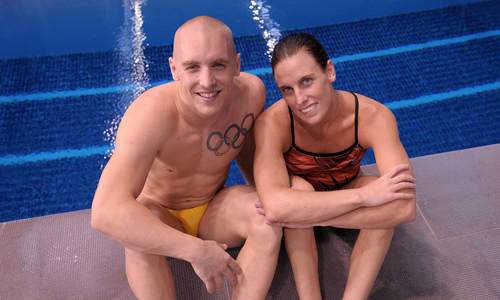 The majority of deaths from drowning are due to lack of awareness of water dangers, research has shown. News from the Royal Life Saving Society UK (RLSS UK) reveals that more than half of people who drown, knew how to swim. This is the message from the charity at the start of its Water Safety Awareness Week drowning prevention campaign.

Taking place from June 16 – 24, RLSS UK - the national water safety and drowning prevention charity - hopes its national campaign will help to reduce the annual number of accidental deaths from drowning in the UK.

Latest available figures, from the National Water Safety Forum, show that there were 420 accidental deaths from drowning in 2010 – one nearly every 17 hours.

Nearly 50 per cent of the deaths by drowning were people who did not intend to be in the water.

The highest numbers of death by drowning tend to occur in April, June and August, coinciding with school and bank holidays. Flash floods can also be a serious issue.

Di Standley, chief executive of RLSS UK, said: “Water Safety Awareness Week is all about education. If people can become aware how to avoid dangerous situations in, on, or near water, then lives will be saved.

“I expect that many people will be surprised by how many people who die from drowning can swim. There are many reasons why this happens. Common ones are that, firstly, people who can’t swim tend to stay away from water. Secondly, some swimmers become complacent about their own safety and fail to realise the impact that sudden immersion in cold water can have. Another common factor is alcohol. As we all know, when people drink their judgement becomes impaired and they may take unnecessary risks. We always urge people not to mix alcohol with water-based activities.”

To make themselves and their loved ones safe, members of the public are being asked to read the water safety tips on the Water Safety Awareness Week website www.watersafetyawarenessweek.org.uk

RLSS UK is also calling on people to make sure that their children learn how to swim, and also to find out about lifesaving classes that take place in their local leisure centres.

Everyone is also asked to pass on the water safety message by letting their friends and family know about the Week and by including the hash tag #WSAW2012 in social media conversations during June 16 – 24.

Water Safety Awareness Week is being headed by UK Olympic diver Nick Robinson Baker, who rescued the life of his fellow diver Monique Gladding in the water at a diving competition in Russia last year.

The launch of Water Safety Awareness Week follows a spike in drownings across the UK and Ireland in recent weeks.

For more details on drowning statistics, information and a drowning case study, please go to http://www.watersafetyawarenessweek.org.uk/news-photos/media...