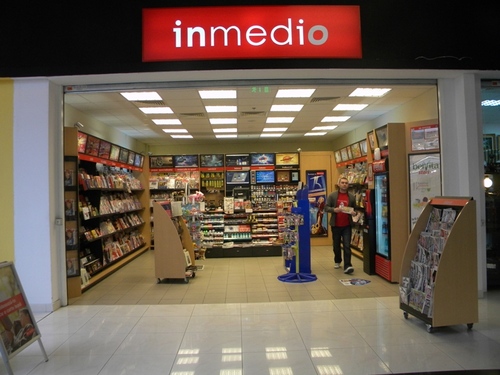 Intellicig Romania has extended a distribution agreement with LS Travel Retail following a successful pilot launch of the Intellicig e-cigarette range. LS Travel Retail, formerly known as HDS Inmedio, operates a major network of news and convenience stores under the Inmedio and Relay brands in Romania. Initially sold in 150 Inmedio and Relay stores from March, it has proved so popular with customers looking for a viable alternative to tobacco cigarettes that Intellicig is now being offered nationwide in all 181 locations.

Romanians are becoming increasingly conscious of the need to adopt a ‘harm reduction’ approach with regard to smoking and LS Travel Retail is a forward-thinking company that recognises the value of Intellicig to its customers. It also recognises the business opportunity that Intellicig is offering.

Inmedio and Relay stores are present in Commercial Galleries in major Hypermarkets such as Auchan, Cora, Carrefour, Kaufland and Real. They are also featured in the Afi Palace, Sun Plaza and Iulius Malls in major Romanian cities as well as Iride, America House and Victoria Park Business Parks and 5 star hotels such as the Hilton and Intercontinental in Bucharest.

Speaking from Intellicig Romania’s offices in Bucharest, Deputy General Manager Victor Ivănuş said:
“This is terrific news for Intellicig as Inmedio/Relay stores are absolutely central to life in Romania. They already provide 1.4 million Romanian customers with over 900,000 national and international newspapers and magazines a month – as well as books, phone cards, refreshments and tobacco. They now are also providing all their customers with a real alternative to smoking tobacco via the Intellicig range.”

Intellicig Romania ensured key sales staff were fully briefed on the product range by developing and delivering training sessions which were well received. Inmedio/Relay staff are now qualified to pass on this knowledge to the customer and reassure them regarding the quality and safety of Intellicig products. Intellicig can be found displayed in prime position near the checkout counter where information leaflets and staff are at hand to answer any questions.

David Newns, an Intellicig UK Director stated, “Everyone involved with Intellicig continues to work extremely hard for a common and very worthy cause - harm reduction. We are providing the safest electronic cigarette in the world by marrying cutting edge technology with our own ECOpure nicotine solution. Manufacturing in the UK to a standard normally associated with fully-fledged pharmaceutical products helps to maintain Intellicig’s standing as Europe’s leading supplier. That product confidence is passed all the way to the end user. I’m sure it was a key factor in LS Travel Retail’s decision to offer Intellicig in all their stores.

Our partners at Intellicig Romania have been outstanding in their dedicated and professional approach and they too are seeing the rewards with Intellicig products being stocked nationwide.”