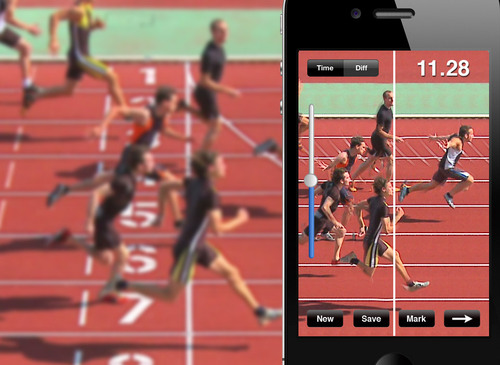 Electronic timing at the Olympic Games. Simultaneous timing and photography of contestants. A brilliant idea! - The Daily News, June 1912

Electronic timing was used for the first time one hundred years ago at the 1912 Stockholm Olympics. Initially, the well-known telecom company Ericsson was tasked with developing the technology, but it was the Swedish inventor Ragnar Carlstedt who eventually delivered the final product. Using his expertise in electromechanics, he developed a system where reference clocks automatically started at the firing of the gun.

At the same time, Carlstedt introduced another revolutionary invention; the finish line camera. The 1500 meter Olympic final was excruciatingly close with Arnold Jackson from Great Britain winning by only 0.1 second. But it was impossible to decide on the silver medal since the two Americans Abel Kiviat and Norm Taber finished side by side. For the first time in history, the outcome of an Olympic event had to be settled based on a photo finish when Kiviat was judged to be “slightly ahead".

The significance of these two innovations led a major newspaper to write: “Electronic timing at the Olympic Games. Simultaneous timing and photography of contestants. A brilliant idea!”

The next step in timekeeping was the photo finish camera with a time stamp imprinted on each frame, designed by Omega, which was introduced at the 1932 Olympics in Los Angeles. The 1948 Olympics saw the introduction of another innovation with the continuos slit camera, which is the basis of all timing systems for athletics used today. Four years later the clocks were connected to the slit camera giving a resolution of 1/100 s. But it was not until 1972 that official times were recorded to the 100th of a second.

This summer, at the London Olympics, the systems will be even more more advanced, with finish line cameras that capture several thousand images per second. However, you do not have to be an Olympic athlete to benefit from electronic timing. The mobile technology of today has enabled these systems to shrink significantly in size and cost, making them available to everyone. The app sprintTimer packs, for the first time, a complete photo finish system, with start gun detection and slit camera technology, into an iPhone.

"I feels great to be able to follow the legacy of Ragnar Carlstedt with another Swedish innovation one hundred years later," stated Sten Kaiser, developer of sprintTimer. "The response from athletes and coaches has been tremendous."

Electronic timing at the Olympic Games. Simultaneous timing and photography of contestants. A brilliant idea! - The Daily News, June 1912