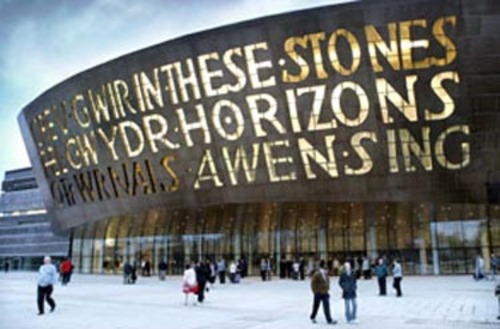 The iconic Wales Millennium Centre attracted more than one million visitors last year and remains the top visitor attraction in Wales for the 5th year running, attracting people from every walk of life on their UK short break in Wales.

The number of visitors to the Centre - excluding those attending performances - reached 1,046,958 in 2011, up 3.1% on 2010.
The figures released today (Tuesday May 22) from the annual Survey of Visits to Tourist Attractions in Wales show that Swansea’s LC is in second position and was the most visited attraction with paid admission in Wales. A total of 708,180 people went through LC’s doors last year, an increase of 9.1% on 2010 when it attracted 649,053 visitors.

St Fagans National History Museum was in third overall position with 610,074 visitors which is virtually unchanged from 2010, showing that it is a popular destination for those on a UK short break in Wales.
The survey shows that last year 15.8million people visited the 214 attractions that participated in the survey, with visits to free attractions representing over half (57%) of all visits.

Amongst attractions providing a breakdown of visitor origins, just under half (48%) of the visitors were local people, with 44% from the rest of the UK and 8% from overseas. Overseas visitors are particularly important for historic properties accounting for nearly 20% of visitors, followed by industrial and craft attractions with around 14% of international visitors.