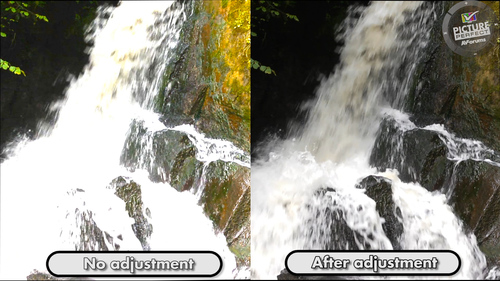 AVForums, the UK’s leading online destination for home entertainment enthusiasts and consumers, with over 2.5 million unique visitors a month
(source: Google Analytics), has announced the start of a major campaign to assist consumers in getting the best possible images from their TVs. The launch of the PicturePerfect campaign follows an Ipsos MORI Study revealing that half (51%) of Britain’s television owners don’t make adjustments to their TV picture, potentially compromising image quality as a result.

Commissioned by AVForums (AVF) to discover if Britain’s TV owners know how to get the best out of their displays, the Ipsos MORI survey also shows that of those who adjusted their TV pictures, only one in five (21%) followed manufacturer guidelines and only 5% used either professional services (3%), or test card patterns (2%). The PicturePerfect campaign will show consumers how to make big improvements to TV pictures in a few simple steps, and is backed by the majority of manufacturers.

“Most of today’s TVs can provide great picture quality with dedicated picture presets, so it’s a shame that so many viewers aren’t using the correct settings to get the best from the incredible technology in their living rooms,” says AVForums Editor Phil Hinton. “The default settings of most TVs are optimised for shop conditions and not for viewing content at home. These settings can compromise picture detail and colour, but a simple adjustment to the correct preset will allow owners to take advantage of picture quality very close to what programme makers intended. PicturePerfect will demonstrate how improvements can be made without any prior knowledge, skills or expensive equipment.”

Supported and endorsed by leading TV manufacturers including Panasonic, Sony, LG, Sharp, Loewe and Toshiba, plus display calibration organisation the Imaging Science Foundation (ISF) and Hollywood sound and image optimisation experts THX, PicturePerfect aims to provide TV owners with all the information they need to get the best out of their television pictures.
The campaign coincides with the summer of major sporting events, and will be ongoing, with extensive PR and social media support.

AVForums has setup a dedicated URL (www.myperfectpicture.tv) to provide consumers with all the information they need to get the best out of their TV sets. Specially commissioned videos offer compelling visual evidence as to where improvements can easily be made, with AVForums advice, research, manufacturer comments and a 3-step guide.

Most leading TV manufacturers are backing the PicturePerfect campaign with PR, FaceBook and Twitter support, and endorsement on AVF’s PicturePerfect website. Other organisations lending their support to PicturePerfect include JVC, Argos, GenesisTechnologies and Channel 5’s The Gadget Show – along with picture quality experts THX, ISF and SpectraCal.

SpectraCal promotes its ‘industry standard in display calibration solutions’, whilst the ISF has been dedicated to improving the quality of electronic imaging since 1994. Originally part of Lucasfilm, THX has been at the forefront of sound and image calibration and optimisation for movie theatres, along with home and automotive entertainment, since Star Wars:
Return of the Jedi hit cinemas in 1983.

“Most people assume that TVs offer the best pictures out of the box, and whilst an unadjusted TV image might look good without the benefit of side-by-side comparison, a few simple tweaks can make the world of difference,” says AVForums Founder and CEO Stuart Wright. “The first of our videos – available to view online now – makes a very convincing case, and there’s actually more TV owners can do to get the best out of their sets, above and beyond the manufacturer guidelines. We aim to make Britain’s TV images the best in the world – just in time for the biggest sporting event in this country for a generation!”


About AVForums
Founded in the UK in 2000, AVForums is the UK number one destination of choice for Home Entertainment enthusiasts and consumers. Free to use, it publishes reviews, videos, podcasts, information and advice, and was uniquely set up for enthusiasts by enthusiasts. Areas covered include home cinema, home electronics, movies, video gaming, computers, photography, mobile phones, sat-nav, in-car entertainment and more. AVF reaches an audience of over 3.4 million unique visitors and achieves almost 17 million page impressions each month (source: Google Analytics), with more than 1.5million new visitors monthly. It boasts over 300 forums containing more than 15 million posts in over 1.4 million topics (4,800 daily posts). AVF has a respected forum community of over 280,000 members (4,000 on average added every month), distributes its monthly newsletter to 180,000 of them.
The combination of THX and ISF certification means that the AVForums display review team is the most qualified in the UK. Visitors to the site are comforted by the honesty, integrity and accuracy of the growing online reviews section, and are able to reassure themselves that they are making the correct purchase. Further buying reassurance comes in the shape of the AVF ‘research tool’, powered by PriceRunner, which helps site members to search for the product they require at the most competitive price, and the shared experience and knowledge available to members in the huge forums section. In addition, AVF recently announced AVForums Rewards, to help members to ‘shop smart’ and save money. Powered by Quidco, the UK’s Number One cashback and vouchers website, and offering the same excellent deals, AVForums Rewards has access to over 3,000 retailers, with over 7,500 hot deals at any one time. AVForums users are investing in the digital age and visit the website to research purchases, compatibility and new technologies in a safe and friendly environment. AVForums is independently run and has grown through word of mouth and, in recent years, organically via Google.
AVF participated at this year’s Gadget Show Live, is launching its own AVF Awards in late 2012, and started the national PicturePerfect campaign in June 2012.


Technical Note
AVForums commissioned Ipsos MORI to include their survey questions on the Ipsos MORI CATI omnibus (computer assisted telephone interviewing).
Interviews were conducted using controlled random digit dialling. The omnibus survey interviews a representative sample of c.1,000 GB adults aged
18+ each wave. The AVForums Picture Quality Settings study was conducted
with a total sample of 1003 Adults 18+ between 8th-10th June 2012.
Monitoring quotas were set to ensure the sample was nationally representative. The resultant data was weighted to ensure a representative sample of the Great British population.