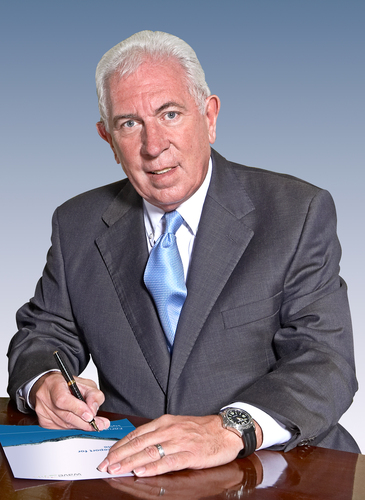 Honorary Fellowship has been awarded to only some thirty Psychologists worldwide for their pioneering and influential services to the discipline of psychology.

Professor Saville, as the early instigator of modern workplace psychometric testing and talent management, is internationally recognised as cementing the notion of fair and objective assessment of people at work in Human Resources departments across the world. He has developed over one hundred work-related tests, creating the original Occupational Personality Questionnaires (OPQ™), and more recently with his psychologist colleagues, in particular Rab MacIver, the new Wave™ suite of Personality Questionnaires. Nominated as one of the UK’s top entrepreneurs, Professor Saville was the co-founder of SHL but left, after a narrowly lost EGM in 2002, where he and Roger Holdsworth challenged the new Board policy, to form the fast-growing Saville Consulting Group, which now provides assessment tools in over 80 countries globally in 35 languages.

A Fellow of the British Psychological Society, Peter Saville received a Lifetime Centenary Award from the Society in 2001 and earlier this year was given an Honorary Academic Fellowship by the Chartered Institute of Personnel and Development, the highest title they bestow.

Currently Professor of Leadership, HRM and Organisation at Kingston Business School, and previously Professor of Psychology at Queens University, Professor Saville is a Chartered Occupational Psychologist, Chartered Scientist, Member of the Institute of Directors, Senior Associate of the Royal Society of Medicine and Fellow of the Royal Society of Arts. He has published over 200 papers on the selection and development of people at work. When he was Chief Psychologist at the National Foundation for Educational Research Test Division the then Director, Professor Stephen Wiseman, was one of the first to comment that Saville had an unusual combination of an academic and entrepreneurial brain.

On receiving his award, Professor Saville said: “I am extremely honoured to receive this prestigious award and feel both proud and in awe of the list of past recipients. I would like to thank all my colleagues at Saville Consulting and fellow Psychologists whose contributions have made this possible.”

Saville Consulting develops rigorous and work-relevant assessment tools to measure the critical fit between individuals, job, and workplace culture. Using new leading online technologies, it transforms assessment.
An international business founded in 2004 by Professor Peter Saville, it operates in over 80 countries through a partnership network and has clients within the public, private and governmental sectors.