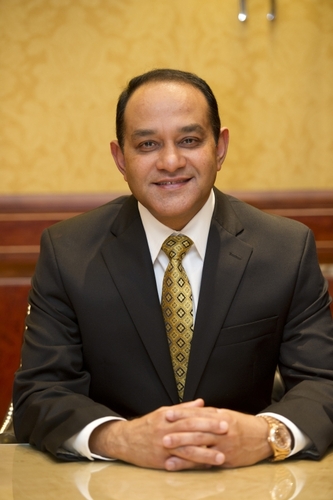 Atul Pathak, Managing Director of Appt Corporation and franchisee of 20 McDonald’s restaurants, was presented with the prestigious ‘Business of the Year’ award at the Asian Lite Business Awards on Friday evening in Manchester.

The Asian Lite Business Awards honours Asian Businessmen and women from across the UK who have excelled in their respective fields, especially those in professional, cultural and charity sectors. The Business of the Year award was given to Atul in recognition of his business acumen, and for his commitment to running a socially responsible business.

Speaking about his award, Atul Pathak said: “It is a privilege for my business to be recognised in this way, and an honour that I will share with my employees who are the bedrock of my business.

“The McDonald’s franchising model has afforded me the opportunity to establish and grow a successful business, including during these tough economic conditions. I look forward to continuing to grow my business whilst helping to make a positive contribution to the local communities where I operate.”

Atul Pathak arrived in the UK from India in 1984, during the year of the miner’s strike and when the country was in the grip of a recession, with an ambition to become an entrepreneur. In 2003, after a period of working on other business ventures, Atul established himself as a McDonald’s franchisee. He opened his first restaurant in Southall which, ironically, has one of the largest Indian communities in the UK. Today, Atul runs a twenty-strong restaurant group across north and north-west London with a multi-million pound turnover and employs over 1,500 people.

Atul dedicates a significant amount of his personal time to community and charity groups, which support the education and development of young and vulnerable people, foster community cohesion and enhance the local environment. It is Atul’s strong community focus which has earned him the respect of police officers, school teachers, charities and community leaders in the areas where his restaurants operate.

- Atul Pathak is the Managing Director of Appt Corporation, which owns and operates 20 McDonald’s restaurants and employs over 1,500 people.

- Prior to establishing himself in the UK, Atul gained a BA Hons. in Economics, Geography and English from Panjab University, India.