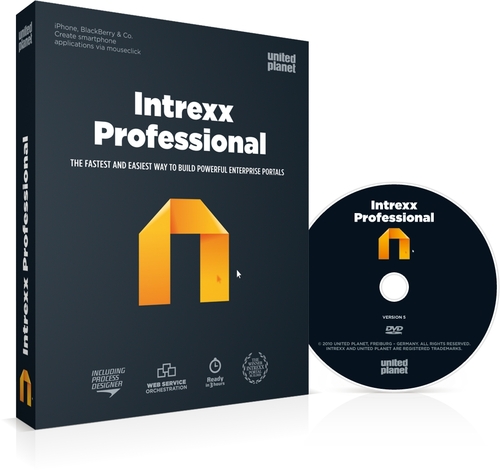 London, 4 July 2012 – United Planet (www.unitedplanet.com), one of the leading developers of enterprise portal software in Europe, will be releasing its new Intrexx Business Adapter for OData later this summer.

The smart interface for OData data sources will enable data from all software systems and Internet services that use OData as their foundation to be incorporated into Web applications and enterprise portal processes, quickly and without any additional programming. This will increase the speed at which data from Microsoft SharePoint, Dynamics ERP and CRM, IBM WebSphere and other systems can be made available on any smartphone and other mobile devices.

Axel Wessendorf, managing director of United Planet, explains: “Providers of software solutions and Internet services are increasingly making their data available in the Open Data Protocol format (OData) because it simplifies the integration and editing of data via the Web. It is much more convenient to use than traditional Web services.”

OData is based on open Web standards like HTTP, Atom and JSON, and transfers data using the REST architectural style (Representational State Transfer). OData is particularly well suited to heterogeneous IT environments. It can even be used via the URL to carry out complex database queries.

Wessendorf adds: “What this means is that data from Facebook or eBay can be integrated with the Adapter just as easily as data from Microsoft Dynamics CRM, AX and NAV (formerly known as Navision), IBM WebSphere, Windows Azure or SQL Server. Using the Adapter, organisations will also be able to link Microsoft SharePoint to an Intrexx enterprise portal, enabling users to benefit from both solutions - the comprehensive DMS functions of SharePoint and the ability of Intrexx to quickly and easily create Web applications or to make data available for use on any mobile device – at the same time.”

A United Planet video that provides a comprehensive overview of the functionality of the new Intrexx Business Adapter for OData can be viewed at www.intrexx.com/en/videos/odata-sapphire-2012.

United Planet is one of the leading developers of enterprise portal software in Europe. More than 4,000 mid-size companies, public administrations and organisations worldwide rely on its portal software Intrexx. The Java-based, standard software Intrexx enables companies to create enterprise portals, intranets and web applications cost effectively, without the need for programming by using ‘drag and drop’ technology. Intrexx is platform independent and runs on Windows as well as on Mac OS X, Linux and Sun Solaris. Data from existing systems as IBM Lotus Notes, Microsoft Exchange or ERP solutions such as SAP can be easily integrated in the Intrexx Portal. A special Business Adapter also makes it possible to integrate and edit Microsoft Office Documents (Word, Excel etc.) without the need for Microsoft SharePoint. United Planet is headquartered in Freiburg, Germany, and also has offices in London, UK. The company is supported by over 100 Business Partners worldwide.