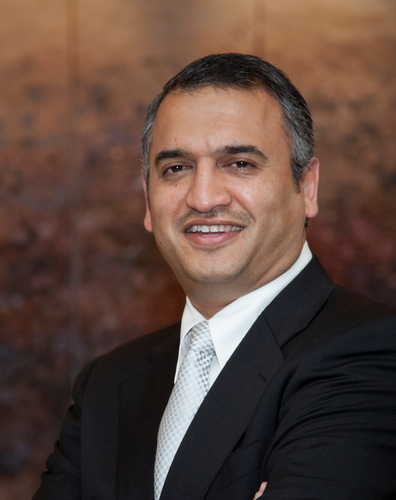 The current size of the Islamic investment market in the UK is under £1 billion and has the potential to be between £120 and £160 billion.

One of the world’s leading providers of Islamic and ethical investments has today launched its UK business to cater for the growing needs of the country’s estimated three million Muslims.

Oasis Crescent UK will provide unique Shariah-compliant investment products and services for the first time in the UK marketplace for Muslims looking to invest their funds according to Islamic principles. It is fully registered and authorised licensed by the FSA to trade in the UK.

The firm, which will be based in Knightsbridge, London, is one of the world’s leading providers of Islamic and conventional funds and currently manages assets worth £2.54 billion.

Adam Ebrahim, Founder and CEO of Oasis Crescent, said the launch of the UK business was an exciting opportunity to offer its products to Muslim investors.

He said: “We are delighted to finally launch our UK business and make our funds and products available to the UK’s Muslim investors. This represents an exciting time for us and the UK Muslims.

“We genuinely feel the current needs are being undersupplied and Oasis Crescent sees great potential in offering tailored products and services for this market. The investment in a new London office recognises the importance of the UK market.

“We are one of the leading providers of Islamic investment products globally and our products and services will offer great value to the UK market. We are excited to bring our experience, expertise and knowledge to help make the best investments for our investors to grow their capital.

“The current size of the Islamic investment market in the UK is under £1 billion and has the potential to be between £120 and £160 billion. There is massive demand and Oasis Crescent sees the opportunity to meet this demand through providing its products directly to the UK Muslims.”

Oasis Crescent was founded in South Africa and celebrated its 15th birthday this year. Its fund products will be managed by CEO Adam Ebrahim who has extensive experience of the industry. Its Oasis Crescent Global Equity Fund has returned 121.9% since inception. It has over 60,000 clients and 120,000 direct and indirect clients.

Oasis Crescents fund products will be available to UK investors directly over the telephone by contacting their accredited financial advisers.

All of Oasis Crescent’s products and services will be approved by the company’s Shariah Supervisory Committee.

2) Shariah Board:
The independent Shari’ah Advisory Board conduct regular independent audits of the investment portfolios to ensure that these products are aligned with Islamic investment guidelines, and provide an annual certificate of compliance for the funds that satisfy the stipulated criteria.

Shaykh Nizam Yaquby received an MSc in Finance from McGill University
(Canada) and has studied Shari’ah law in Morocco, India and Saudi Arabia. He is
an active scholar in Islamic finance and has been the Professor of Tafsir, Hadith
and Fiqh in Bahrain since 1976. In addition to his academic endeavours, Shaykh
Nizam works as an independent Shari’ah consultant in Bahrain and currently sits
on the Islamic supervisory boards of several Islamic financial institutions.

Professor Daud Bakar is a respected academic and Associate Professor in the
Department of Islamic and Family Law at the International Islamic University in
Malaysia. He has presented numerous papers and publications regarding Islamic
banking and investment. Professor Bakar serves as a member of the Shari’ah
Advisory Council of the Securities Commission in Malaysia as well as the Bank
Negara Malaysia (Central Bank of Malaysia). In addition, he is a Shari’ah
consultant to numerous investment committees throughout the world.

Shaykh Yusuf DeLorenzo is a leading Islamic scholar based in the United States. He has translated over twenty books from Arabic, Persian and Urdu for publication in English. Shaykh DeLorenzo compiled the first English translation of legal rulings
issued by Shari’ah supervisory boards on the operations of Islamic banks. Since
1989 he has served as secretary of the Fiqh Council of North America. He is also a
Shari’ah consultant to several Islamic financial institutions and was an advisor on
Islamic education to the government of Pakistan.

Mr. Mohamed Shaheen Ebrahim is the Executive Chairman of Oasis Group
Holdings (Pty) Ltd. and serves as a liaison between the advisory board and the
Oasis Executive Committee. Mr. Ebrahim has a wealth of business experience in
the financial services industry and has been a long-standing member of various
Masjid committees.

3) The 2001 UK census showed a population of 1.6 million Muslims. It is estimated that this figure now stands at three million.

4) The UK is the largest Islamic finance centre in Europe, with £12 billion out of global assets of £1.1 trillion and is home to five fully sharia-compliant banks, data from the UK Islamic Finance Secretariat (UKIFS) estimates.